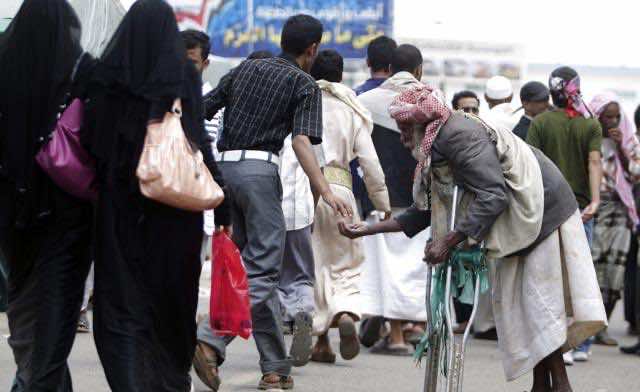 The U.N. World Food Program said Wednesday that more Yemenis were going hungry because of rising food prices and severe fuel shortages brought about by months of political unrest.

The months of violence and instability have pushed the already stressed Yemeni economy to the brink of collapse and forced millions of families further into poverty.

A recent WFP assessment indicated that the worst hit in this latest food crisis are children where malnutrition levels are the highest.

“Families, especially young children, are at greater risk of malnutrition,” the WFP statement said. “Even before the crisis, more than 50 percent of Yemeni children were chronically malnourished and more than 13 percent were acutely malnourished.”

The WFP program is expanding its services to help feed some 3.5 million of the most vulnerable people in Yemen, many of whom have been displaced due to continuing conflicts in the north and south of the country.

The U.N. agency at present is feeding some 70,000 people displaced from Yemen’s southern provinces where government troops are battling to regain control of at least three cities that al-Qaeda linked militants overran in May.

They also help feed about half a million Yemenis displaced from the war-torn northern provinces where Houthi rebels have for years been battling government troops.

The most recent unrest caused by the people’s demand for Saleh to resign after 33 years in power has created an even more dangerous working environment that is threatening the delivery of urgently needed aid.

“The challenges to reach and meet the urgent needs of the most vulnerable are huge, especially in the midst of a very volatile security situation,” said WFP Yemen representative Lubna Alaman in the statement.

She added that the WFP is also feeding thousands of refugees, including malnourished children, pregnant women, and nursing mothers, fleeing conflict in the Horn of Africa.