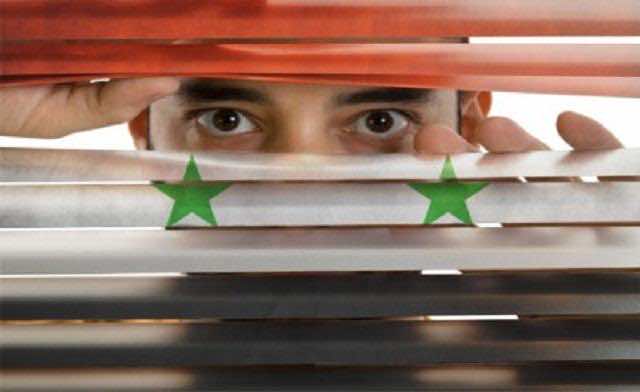 WASHINGTON – A Syrian-born U.S. citizen has been arrested and charged in Virginia with spying on anti-Syrian protesters in the United States and passing the details on to Damascus, U.S. prosecutors said on Wednesday.

Mohamad Anas Haitham Soueid, 47, a naturalized U.S. citizen, was accused of acting as an agent of the Syrian intelligence service and collecting video and audio recordings of protesters against Syria and President Bashar al-Assad.

Soueid also was accused of recruiting others to collect information about protesters and sending materials to the Syrian embassy in Washington and to Damascus, according to an indictment unsealed on Wednesday.

In June, he flew to Syria where he met Assad in a group and also spoke with him privately, the 15-page indictment said. The charges did not reveal how Soueid’s alleged activities became known to U.S. authorities.

The Syrian embassy in Washington issued a lengthy denial, saying that Soueid did not work for the Syrian government, never met with Assad, was never paid by Damascus and had not provided any information about U.S. protesters.

He was arrested on Tuesday on charges of acting as an unregistered foreign agent operating in the United States, conspiracy, making false statements to FBI agents and lying on forms he filled out while buying a .40 caliber pistol.

“The ability to assemble and protest is a cherished right in the United States,” U.S. Attorney Neil MacBride said in a statement.

Soueid, who lives in Leesburg, Virginia, outside Washington, appeared briefly in federal court where a judge ordered him held pending a detention hearing slated for Friday. He had not yet retained a lawyer, according to prosecutors.

The United States has imposed sanctions on Assad and his government since the start of the crackdown that the United Nations estimates has killed at least 2,700 people.

A State Department spokeswoman said that it had complained previously about harassment of Syrians in the United States. “You see here the first fruits of the FBI’s investigation,” said the spokeswoman Victoria Nuland.

Starting around March 2011, Soueid worked as part of a network of operatives in the United States, sending some 20 video and audio recordings of protests and conversations with protesters, according to the indictment.

In one instance, Soueid sent a coded message in April to the Syrian intelligence service via email that described a meeting of protesters in a Virginia suburb of Washington.

He also sent to his contact at the Syrian embassy in Washington a website link for protesters in the United States, the indictment said.

In addition, he sent contact details, including phone numbers and email addresses of the protesters, the charging document said.

He returned from his trip to Syria in July and was questioned and searched at Dulles International Airport. That prompted him to tell his Syrian contacts that he had changed procedures and also said that the incident at the airport would not stop him, according to the indictment.

About a month later, Soueid was confronted by FBI agents but he denied collecting information and sending it to the Syrian government, according to prosecutors. He was accused by Syrians and Syrian Americans in May in a private civil lawsuit filed in U.S. federal court of helping the Syrian government target their families back in the country.

The lawsuit also accused Syria and others of violating international law including killing and torturing them.