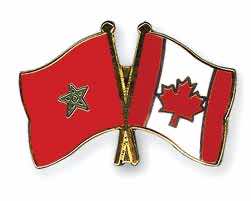 Canadian Ministers of International Trade, Ed Fast, and Agriculture and Agri-Food, Gerry Ritz, welcomed the first round of free trade negotiations with Morocco, held in Ottawa on October 11-14

“A trade agreement with Morocco will help Canadian businesses across a range of sectors including manufacturing, agriculture, and services industries,” Ritz said in a statement posted on the government website “Foreign Affairs and International Trade Canada.”

“It will also create jobs, prosperity and opportunity for families who rely on these sectors for their livelihood,” added the Minister.

“I am particularly pleased that a free trade agreement with Morocco would be Canada’s first with an African country. Our government will continue its transparent and collaborative approach during the trade negotiations to ensure that any agreement reached is in the best interest of Canadians,” he pointed out.