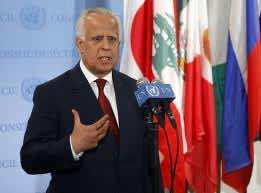 Morocco, which has an extensive bilateral experience with many countries, particularly in Africa, in the areas of technical assistance and security executive training, is willing to share this “experience and enrich it with the best practices,” Morocco’s ambassador to the UN said on Wednesday.

One of the lessons learned from this experience is that we need not only to improve the operational effectiveness of security providers, but also to incorporate the justice system reform into it and strengthen the national capacity to manage the reform processes within the framework of respect for human rights, Mohamed Loulichki told the UN Security Council during debate on the reform of the security sector.

He added that this reform is a key process in the transition from the peacekeeping process phase to that of peace building.

There can be no effective reform without leadership of the authorities of host countries of a peacekeeping mission, he insisted.

He also maintained that gender mainstreaming plays a key part for the success of this process.

He concluded that the security sector reform must be part of the broader framework of establishing the rule of law and should contribute to strengthening the United Nations’ activities aimed at ensuring the rule of law in the context of peacekeeping operations.