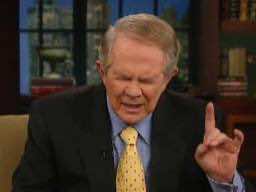 The global economy may be suffering but the Islamophobia Industry proves to be resilient in weathering the recession. Fear Inc. lays bare the funding, and the spider web that connects the prime players.

A six month research project by the prominent think tank, Center for American Progress has resulted in an 130 page report appropriately named Fear Inc.: The Roots Of the Islamophobia Network In America. This is the first in depth investigation into Islamophobia, and it sheds lights on how a small group of bigots linked to conservative and Zionist causes each play a role in the seemingly lucrative industry of Muslim hatred and bashing Islam.

Seven foundations donated £42 million over 10 years, which was filtered down to self styled ‘experts’ on Islam whose job it is to churn out Goebbles style propaganda against Muslims. Of these, eight of the most prominent are Robert Spencer and Daniel Pipes who claim to be scholars, Frank Gaffney who runs Center for Security Policy and Steve Emerson founder of Investigative Project on Terrorism. A maronite Christian Brigette Gabriel heads Act for America and as an Israel Hasbara speaker has a large following of Christian Zionists who faithfully disseminate her bigotry through various chapters dotted around the nation. Millions are influenced by their TV appearances, the favoured mouthpieces being the conservative and religious right radio and news stations including Fox News and the Christian Broadcasting Network. More ominously, lucrative speaking engagements at civil and military institutions provides the credibility they crave, all duly reported in the print media including the National Review magazine and The Washington Times. Most of these media outlets have websites which increases the exposure.

Lending his legal expertise is David Yerushalmi, an Israeli American lawyer and religious settler whom the New York times recently exposed as a being the favourite legal counsel to the Islamophobia industry and the brains behind the ‘Ban Sharia Law’ campaign. One of his clients include Pamela Geller of Atlas Shrugs and the hate group Stop the Islamisation For America (SIOA). Fanning the flames of all this hate are politicians, including Republican Congressman Allen West, who when asked to comment on Keith Ellison’s religion stated that it is the ‘antithesis of the principles upon which this country was established.‘ Yes, this is the same Allen West who was a recipient of the Saudi Arabia Kuwait Liberation Medal W/Palm Tree award.

Further down the hierarchy an assortment of paid charlatans posing as ex Muslims like Walid Shoebat (Christian Palestinian) and Wafa Sultan (Alawite Syrian) to Nonie Darwish (Egyptian convert to Evangelism) breath the ‘we have lived through it’ life to the otherwise dead lies these ‘experts’ produce. Last but not least are the bloggers and their readers whose importance should not be underestimated in a world where Anders Breivik took his prime inspirations from the internet. Right wing blogs are littered with comments that dehumanise Palestinians, call for the genocide of Muslims and to end Islam by nuking Mecca and Medina. Cherry picked and distorted ‘news’ is regularly parroted by tea party activists and on the Zionist blogosphere assisted by the likes of Brigette Gabriel and her minions of Christian Right followers. Whilst promoting anti Muslim hate radical Zionism and Israel being a victim of Islam are presented as fact.

Seven charitable foundations run by conservative heavyweights fund this phoney Islamophobia campaign. A breakdown by the researchers of Fear Inc. shows that the major recipients include Investigative Project on Terrorism (IPT), Middle East Forum (MEF), Clarion Fund (Clarion), David Horowitz Freedom Center (Horowitz). What stands out in this report though is the fact that the largest sums came from Donors Capital Fund which tops the list of givers at a whopping $20 million. This is more than twice the amount Richard Scaife Foundations, the second on the list gave.

There is probably much more that remains unknown about the funding behind this campaign but from the available facts it is safe to conclude these pro Israel Zionists who form the core of the Republican party, need to convince American’s and the West to believe they are facing the seemingly same threat that Israel does. To this end they are willing to spend millions creating and fabricating a threat from Islam, which they hope will brainwash people to support endless wars against Muslim countries. Bearing in mind that only a handful of Muslim countries recognise Israel it does not take a genius to figure out why hard line Zionists see Muslims and Islam as a threat. What is reprehensible however, is that they use deceptions and false propaganda to achieve their goals.

The Republican Party, appears to be the political home of the Islam bashers. American Muslims who preferred the conservative values as being in line with their own beliefs used to be overwhelmingly Republican voters. That changed after 9/11, and in 2008 the Democrats got nearly 90% of the votes of American Muslims and around 80% of the vote of American liberal Jews who number around seven million. The Centre for American Progress which produced the Fear Inc. report on Islamophobia acts as an advisory think tank to President Obama. The major players behind the Islamophobia campaign are Republican supporters and conservative.

The prominent figures mentioned in Fear Inc. are nearly all Jewish, with some Christian Zionists, In all fairness, it should be mentioned that those who are active in countering this anti Muslim propaganda include a disproportionate number of Jews too, usually liberals.  A poll by the Abu Dhabi Gallup Centre showed that 80% of American Jews hold less prejudices against American Muslims than other religious groups do. Therefore this is certainly not a ‘Jewish’ problem and should not be treated as such. Nor do liberal Jews follow the hard line Zionist policies that right wing Zionists believe in. Neither liked nor trusted by liberal Jews, right wing Christian Zionists tend to find their allies amongst Messianic, Kahanist and secular right wing Likud type Jews both in Israel and their counterparts in the USA. These two groups have formed an uneasy alliance where they use each other for their own agendas. The settler movement and the secular right wing Israelis need Christian Zionists to fund the settlements and for political support. The Christian Zionists hailing mainly from the least educated, impoverished echelons of American society, want to hasten the Armeggedon gladly reciprocate seeing it as an opportunity for covert Evangelical missionising in Israel, often a source of tension since proselytising is forbidden in Israel.

This then is the picture of today’s Republican party in the USA, with it’s large base of  tea party activists and religious right Bible belt, the latter having extremists numbering millions who believe in the Armeggedon and a war with Iran which is their reason for supporting radical Zionism, where bigotry is rife, in a nation where unemployment is growing, and the debt increasing. Palestinians are standing in the way of their end time story in Israel and by extension their Arab and Muslim supporters are an enemy. Add to this unholy alliance, the rich resources of oil in the Caspian sea, Iraq and Iran for which a threat is needed to justify military intervention if and when needed, and you have an assortment of agendas concurring on the necessity of an ‘Islam threat’ for a variety of different reasons.

*Farha Khaled is a columnist for the Saudi based Arab News and Morocco World News. http://farhakhaled.blogspot.com. She can be followed on Twitter http://twitter.com/farhakhaled.