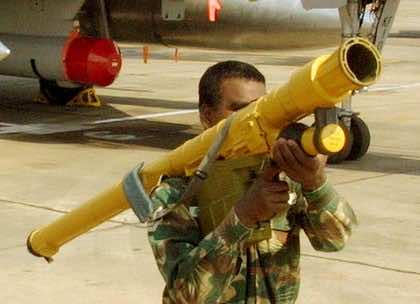 BRUSSELS  – The United States and its EU and NATO allies see a need for urgent action to prevent shoulder-fired missiles in Libya falling into the hands of militant groups, a senior U.S. official said on Friday.

“We are very concerned about the threat that’s posed,” Andrew Shapiro, U.S. assistant secretary of state for political-military affairs, told a news briefing after meetings with EU and NATO officials in Brussels.

Shapiro said he had no estimate as to how many of the estimated 20,000 shoulder-fired anti-aircraft missiles that had been in Libya were unaccounted for since the fall of Muammar Gaddafi, but added: “In the wrong hands these systems could pose a potential threat to civil aviation.”

“There was broad consensus about the urgency of this threat and the need to take urgent action to address it.”