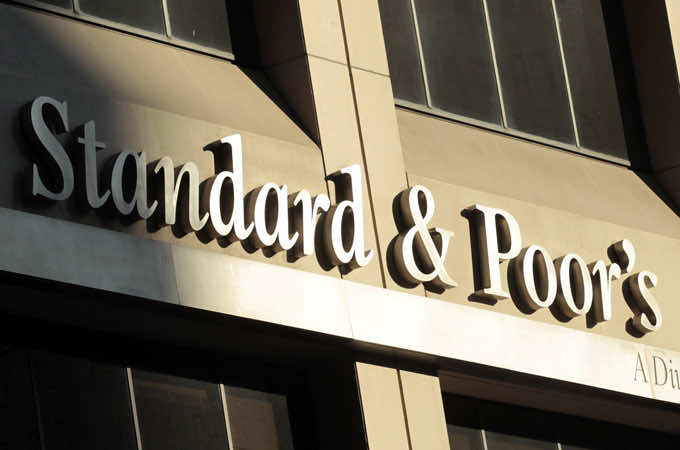 The Spanish economy is currently struggling with high unemployment, limited credit and heavy private-sector debt loads, S&P said in a statement on Thursday.

“Despite signs of resilience in economic performance during 2011, we see heightened risks to Spain’s growth prospects,” it said.

Spain’s long-term rating has been downgraded to “AA-” from “AA”, with a “negative” outlook, implying that it could be lowered again.

“The financial profile of the Spanish banking system will, in our opinion, weaken further,” S&P said.

While the factors that impede Madrid’s recovery of domestic demand “are not unique to Spain”, the agency said that “they impact Spain with particular force given its high level of private sector leverage, much of which is funded externally”.

Spain continues to struggle with a recession that has lasted nearly two years, and investors fear that it could be the next European country to require a bailout package.

The cost of borrowing, already high, will likely rise off the back of the S&P downgrade.

S&P says it now expects the Spanish economy, the eurozone’s fourth largest, to grow by 0.8 per cent this year, and about one per cent next year. Earlier, the Spanish government had forecast 1.5 per cent of growth for 2012.

The eurozone debt crisis is set to dominate Friday’s meeting of G20 finance ministers and central bank heads in Paris.

French and German officials have been working on fleshing out the details of a crisis resolution plan in time for a European Union summit on October 23.

Fears over a Greek debt default and its need for a second bailout package –  as well as the possible need for other countries to request one – have driven months of market volatility across the world, with global stocks falling 17 per cent from their 2011 high in May.

With implications of the crisis that reach beyond the borders of Europe, non-EU members are expected to speak frankly regarding growing impatience with the response so far.

Jim Flaherty, the Canadian finance minister, set the tone late on Thursday, telling reporters before leaving Ottawa that eurozone actions were short of what is needed.

In 2009, the G20 launched a coordinated stimulus plan to attempt to pull the world out of economic crisis.

But divisions have since emerged within the group, made up of the world’s biggest economies, both over eurozone debt and between the US and China over the valuation of the Yuan currency.