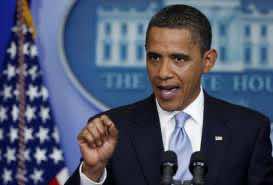 While President Barack Obama and top aides have been united this week in grave warnings over an alleged Iranian assassination plot, some U.S. government officials are privately expressing disquiet that the outlandish-sounding plan has triggered U.S. calls for stiff new action against Iran.

These officials, while not disputing many facts of the case, say that if anything, the scheme reveals weaknesses in Iran’s security agencies, and the increasingly fractured state of Iran’s government as it faces intense international pressure.

They also questioned the wisdom of the White House strategy in using the affair to rapidly push for tougher sanctions on Tehran, increasing regional tensions.

“A lot of people basically feel really suspicious about this,” one official said, questioning the White House’s motivation “in ratcheting this thing up so quickly.”

Like others, this official insisted on anonymity because he was not authorized to speak publicly.

A second U.S. official said he shared those concerns, and questioned whether new sanctions, especially unilateral U.S. ones, would have much more than a cosmetic effect on the already heavily sanctioned country.

The consensus view in the administration is that Iran’s supreme leader, Ayatollah Ali Khamanei, probably knew of the alleged plot to kill Saudi Arabia’s ambassador in Washington, while President Mahmoud Ahmadinejad did not.

But the sceptical officials said there is no hard evidence Khamanei knew or approved of the plan.

A criminal complaint unsealed this week charges an Iranian-American now in custody, Manssor Arbabsiar, and Gholam Shakuri, a reputed member of Iran’s shadowy Quds Force, of conspiring to kill the ambassador, Adel al-Jubeir.

The odd facts of the case — including Arbabsiar’s apparently bumbling nature, and his approach to a supposed Mexican drug cartel figure, who happened to be a U.S. federal informant — have raised eyebrows among Iran specialists.

Some U.S. officials said this week they were initially sceptical of the alleged plot, but ultimately were convinced by evidence linking the affair to Iran and the Quds Force, the covert operations arm of Iran’s powerful Islamic Revolutionary Guard Corps (IRGC).

As far as is known, there is no division among Obama’s closest advisers over the plot evidence or the threat it represents.

The White House strongly defended its handling of the case and its diplomatic strategy in the last few days.

“You have a clear case of a plot to assassinate a diplomat in the United States that is tied back into the senior levels of the Iranian Quds force. So the facts themselves demonstrate the seriousness of the issue,” said White House Deputy National Security Adviser Ben Rhodes.

“We have not in any way gone beyond those facts,” he said.

Asked about the way the administration went public with the alleged plot, including a news conference by Attorney General Eric Holder, Rhodes said the White House followed “an established order” for such cases, including presenting a suspect in court, compiling a public charging document and then holding the Justice Department news conference.

“We handled this as we would handle a high-profile incident with obvious international implications,” Rhodes said.

“They’re in a re-election mode and making sure that they sound … tough on Iran,” said Pillar, now a Georgetown University professor. “It just gives additional red meat for those who would like to push us towards even more confrontation, especially in the use of military force.”

The White House has not signalled it will respond with military force. And some of the scepticism over the Iran plot may be a hangover from the case President George W. Bush made for war in Iraq in 2003, based on Iraqi weapons of mass destruction that were never found.

Differences over how the plot is viewed are a rare example of division within an administration that prides itself on unity.

Knowledge of it was closely held within the U.S. government until the complaint was released on Tuesday, officials said.

Since then, the White House has overseen an aggressive U.S. diplomatic strategy to confront Iran, sending teams to brief allies and demanding more sanctions on Iran.

Obama said on Thursday the United States would press for the “toughest sanctions” possible against Iran. One target is Iran’s already heavily sanctioned transportation sector, an official said.

Yet as Clinton acknowledged in a Reuters interview on Tuesday, Iran is already under an array of sanctions, including United Nations, U.S. and European Union penalties. She suggested Washington was hoping other nations will now be compelled to enforce existing sanctions more stringently.

“The administration wants and needs to use this moment as evidence of the dangers of Iran and they want to use it to catalyze further international pressure,” said Juan Zarate, a top counter-terrorism aide to President George W. Bush.

“I don’t think we would be making the charges we are unless there is a body of data out there that buttresses our sense that the Iranian leadership, at least at the highest levels of the Quds force, is behind it,” said Zarate, now at the Centre for Strategic and International Studies.

The strongest evidence that the Quds Force was behind the plot are wire transfers of almost $100,000 that Arbabsiar facilitated to an undercover U.S. government bank account.

While the details are still classified, one official said the wire transfers apparently had some kind of hallmark indicating they were personally approved by Major General Qasem Soleimani, head of the Quds Force.

Whether the plot went any higher than that is not known.

While Obama has not publicly fingered Khamanei or Ahmadinejad, some U.S. officials say the supreme leader must have been involved somehow.

But that case is based entirely on analysis of how the Quds Force has operated in the past, not hard evidence, officials acknowledged.

Some officials with expertise on Iran’s activities believe that there are equally plausible alternatives.

Because of the plot’s amateurishness, one explanation is that it was an operation by “rogue” elements within the Quds Force, a person familiar with internal administration policy debates said.

One theory, sceptical officials said, is that the plot was a kind of “Hail Mary” pass, a long-shot attempt to harm a member of the Saudi government, which Tehran loathes. Another is that it was a “test” by Quds Force elements to see how effective U.S. defences are.

According to this theory, the Quds Force and IRGC, which played a major role in quashing mass peaceful protests following Ahmadinejad’s contested 2009 re-election, may have felt emboldened by their success and allowed more “free rein” by ruling ayatollahs to launch exotic operations in support of the regime.

Instead of being under Khamenei’s rigorous control, this theory goes, the alleged assassination plot indicates a lack of oversight of the IRGC and Quds force by Iran’s leaders, who historically have sought to needle the United States but have usually restrained themselves from bold moves which might provoke a violent U.S. reaction.

Still, one senior U.S. official said, “There shouldn’t be sceptics.”

“You can say: ‘Why the hell would anyone be so stupid?’ That’s fair game. But you can’t translate that into innocence.”