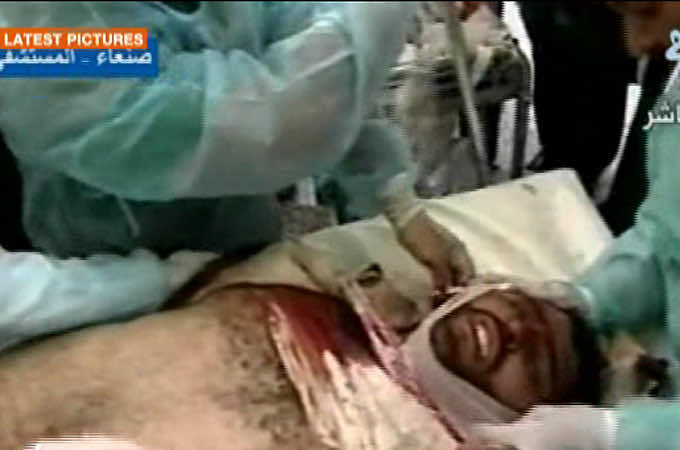 Reports of at least 10 dead and many more wounded as security forces use live ammunition against protesters in Sanaa.

Security forces used live rounds as well as tear gas and water cannon to try to disperse hundreds of thousands of Saleh opponents who were attempting to march on the city centre from their stronghold in Change Square, witnesses said on Saturday.

A special correspondent in Yemen, who cannot be named for security reasons, said: “There was a huge rally that left Change Square in Sanaa, they were marching along a motorway in the north of the capital towards the centre of the city.

“They were attacked by pro-government supporters.”

“It started off with a few sporadic shots with Kalashnikov, then the sound of heavy machine guns and heavy mortar.”

“I have seen people rush in the back of cars with blood pouring from their chests, the shooting is still ongoing, and I expect the death toll to rise.”

“The protesters are still marching and they have reached a place called Zubeiri or Kentucky roundabout, where a lot of the clashes have been taken place in the last few weeks.”

The special correspondent said that the protesters were carrying olive leaves and none of them appeared to be armed.