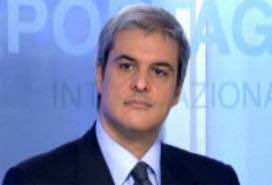 Q. The Occupy Wall Street protests have gained much momentum in the U.S. these past weeks. According to the website occupywallst.org, the movement is defined as, “a horizontally organized resistance movement employing the revolutionary Arab Spring tactic to restore democracy to America.” What’s your take on this?

A. The Occupy Wall Street protest in some ways reflects the spirit of this new public sphere … one need only see the many signs of the protesters in New York saying ‘Turn Wall Street into Tahrir Square’ to recognize that the Arab Spring has global implications.

Q. Your talk focused on the new generation of actors in the Arab world who are imbued with a sense of dignity and a sense of self but who yet still are reluctant to enter politics. How will this dignity translate into the rewriting of constitutions without their involvement?

A. This is the big problem of the Arab Spring movements. These movements have a sense of idealism but also have an unexplainable sense of purity. They do not want to dirty their hands in politics. But politics is part of the problem and without politics you cannot fix the problem of the government. This is the great conundrum facing the Arab World.

Q. The Moulay Hicham Foundation for Social Science Research on North Africa and the Middle East has highlighted and helped organize seminars such as the one that took place at Stanford University this past May. What has been the actual impact of seminars like this on the Arab Spring uprisings?

Q. Your renewable energy company, Al-Tayyar Energy, is committed to the triple bottom line, which is very impressive. Are you using your influence in the Arab world to promote renewable energy?

A. Energy initiatives are not geographically constituted …

Q. What then do you think is the energy future for the Arab states of the Persian Gulf?

A. To be frank, petroleum has got a long way to go. It is here to stay for a long time.

Q. In researching I found many articles that referred to you as the ‘Red Prince’ because of your leftist political views. Do you agree with this characterization?

A. I honestly do not like that name … I hate that metaphor because it is too simplistic. When people encounter novel situations they try to understand them by putting them into known models. The obvious model here is that of the French.

Q. How is life on the West Coast as compared to Morocco?

A. I miss my country terribly, I miss it a lot, but when I am in Morocco I miss the West Coast …

Q. There are many Yale-affiliated programs that allow students to study in Rabat. What would you say to students looking to make the cultural leap?

A. Go to Morocco! It is an extraordinarily open and welcoming place with a fascinating and enriching culture.

A. I want you to know that I was accepted to Yale in 1988 and really wanted to go but my parents were concerned about my safety in New Haven and so I went to Princeton. No regrets though…

Q. What’s the best part about being a prince?