Morocco World News
Home News Morocco Do Moroccans living overseas get what they are entitled to? 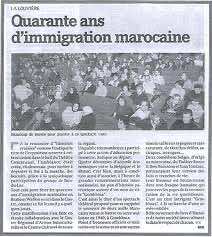 Emigrants, because of economic or familial necessities, of professional vocation, or driven by the desire for personal or social growth they say they do not find in Morocco, have founded their families across the seas and oceans, and on paper, their children are both Moroccan and “other.” Those 3.4 million “Moroccans of the World” – their new, more romantic name – are undoubtedly united by the same attachment to their roots, but which is no longer quite the same.

More than half of them are foreign-born and have grown up outside of Morocco. They are settled and feel more at home there than in Morocco, the country of their parents or grandparents. In addition, Moroccan emigration, which reaches the number of 10 to 20, 000 legal candidates each year, is becoming more feminine and qualified. The stereotype of the old male immigrant from rural Morocco who works in French industry with anachronistic melancholy in his eyes has therefore never been so overrated.

As is the exclusive image of the “little suburban North African”, with his casual and provocative appearance as a young man in search of recognition and identity. Moroccan immigration today is multiple and rich, thanks to its cultural, socio-economic and political differences. And it is with these new Moroccans of the World that Morocco must now deal, starting with the fight against the painful prejudice by “Moroccans from Morocco”.

Then, they must be offered real reasons to return regularly to Morocco, and strong arguments to defend its image around the world. Otherwise, there are thousands of goodwill ambassadors that the Kingdom will lose in a few decades.

What will indeed attract a young native of Brussels’ flat country to spend his vacation in the High Atlas of his ancestors when, even with the most romantic intentions, he finds himself treated like a slot machine everywhere he goes? What motivates a young Franco-Moroccan entrepreneur to launch her business in Casablanca when she must give a corrupt customs official a bribe to get her goods back when they are abnormally blocked in the port?

Why should a housewife who escaped from the “triangle of death” to endure the blows of her immigrant husband in Bologna, try to teach her children to love Morocco when her native country offers no proper legal assistance? Why should Moroccan-Canadian teens spend the dollars they saved during the school year for seven nights in a hotel in Marrakech, while for the same price they could afford 15 days in Costa Del Sol or in the Adriatic coast?

Why should we blame a Moroccan merchant living in Barcelona who enrolled his children in Arabic classes in an association run by Algerian Islamic radicals when it is the only “Muslim school” in the neighborhood? For behind the slogans are actually hiding many grim realities. Moroccans of the world are more than ever thirsty for recognition. Recognition of their specific problems, by country and by socio-professional category. Recognition of their material and immaterial contribution to their homeland.

Recognition of their full Moroccan citizenship and secondary right to political representation. The new Constitution, joyfully welcomed last July, promises to meet all these expectations. Will the effective actions be in accordance with the supreme text? To be continued …

An earlier version of this article appeared in French in L’Observateur du Maroc.