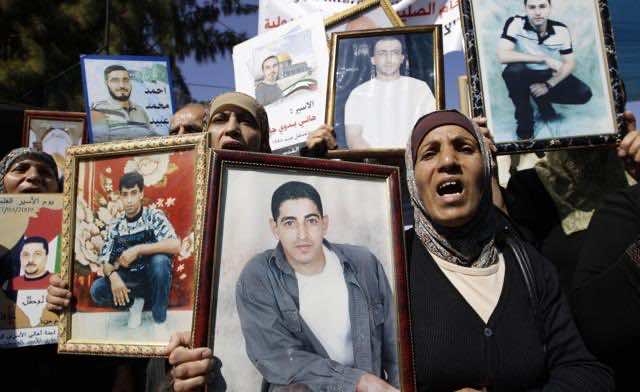 Israel on Sunday published the official list of 477 Palestinian prisoners to be released on Tuesday in the first stage of a deal for the release of captive soldier Gilad Shalit.

The list of 450 Palestinian men and 27 women was published by Israel’s justice ministry on the website of the Israel Prisons Service, to give the public 48 hours to lodge any legal appeals against the deal which will see the return of Shalit, who has spent more than five years in captivity.

Another 550 Palestinian prisoners are to be released within two months.

As soon as the list was published, Israel’s main radio and television stations began running through the long list of deadly attacks carried out by the prisoners named on the list.

“Pursuant to the government of Israel’s decision from October 11, 2011, to approve the proceedings of the agreement for the liberation of abducted soldier Gilad Shalit, held by Hamas, prisoners will be released as detailed in the following list,” said the document which details exactly where each prisoner is to be sent.

Last week, several websites affiliated with the Islamist Hamas movement and the Popular Resistance Committees (PRC), both of which were involved in capturing Shalit, published lists purportedly naming Palestinians to be freed, but Sunday’s list was the first official one released.

With the publication of the list, Israelis who wish to raise a legal challenge against the swap deal between Israel and Hamas, which was announced last Tuesday, can now petition against it.

On Friday, an Israeli group representing victims of Palestinian attacks lodged the first petition at the High Court to cancel, or at least delay, the deal.

The court has never in the past overturned any government decision to free prisoners involved in militant attacks against Israelis.

In their petition, the Almagor said that under the current timetable the victims’ families would not have sufficient time to examine the names of prisoners set for release and prepare an appeal.

Shalit is to return to Israel on Tuesday at the same time as the first batch of 427 prisoners are freed if the terms of a swap deal are respected, officials say.

Shalit was captured in June 2006 by Palestinian militants who tunnelled into Israel from the Gaza Strip. He has been held in the Hamas-ruled territory ever since.

The repatriation of captured soldiers, alive or dead, has long been an emotionally charged issue for Israelis. Many have served in the military and see their return as sacrosanct. But they also feel a sting over the release of convicted killers.

Some prisoners originally from the West Bank will be sent to the Gaza Strip and other prisoners will be exiled abroad.

One Israeli group opposed to the deal, the Almagor Terror Victims’ Association, said the release would lead to further violence and abduction attempts and robs victims of the right to live in peace.

Among the more prominent names is Ahlam Tamimi, who worked as a reporter with a local television station before joining the Hamas armed wing. She received 16 life sentences for helping choose places for suicide attacks and was accused of taking bombers to some of the locations, including a Jerusalem pizzeria in 2001, where 15 people were killed.

Also to be released is Mohammed al-Sharatha, a leader of the Hamas special elite fighting unit “101” which kidnapped two Israeli soldiers in 1989. The two soldiers were killed. Sharatha was arrested in 1989 and sentenced to three life terms and a separate 30-year-term.