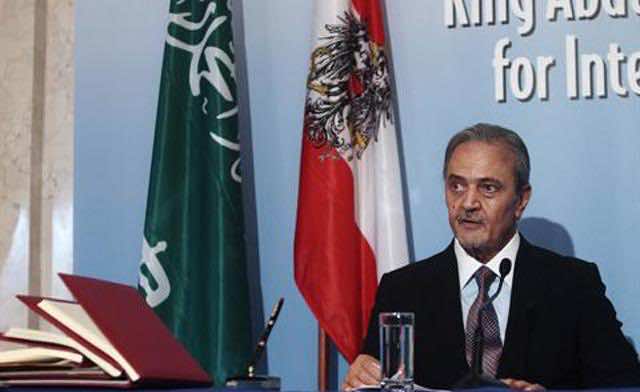 By Al Arabiya with Agencies

Saudi Arabia has taken a first step to have Iran reported to the United Nations Security Council, a move that could lead to new sanctions, over an alleged plot to assassinate its ambassador in Washington, Saudi-owned newspapers reported on Sunday.

The U.S. on Tuesday said it had uncovered a plot by two men with links to Iran’s security forces to assassinate Adel al-Jubeir by planting a bomb in a Washington restaurant.

One of the men, who had allegedly paid a U.S. undercover agent posing as a Mexican drug cartel hitman to carry out the assassination, has been arrested while the other is in Iran, the United States said.

Tehran has denied the charges.

The Saudi step follows remarks by U.S. President Barack Obama that he would press for “the toughest possible sanctions” against Iran over the alleged plot and vowed not to take any options off the table – a phrase commonly used to mean the possibility of using force.

Saudi Foreign Minister Prince Saud al-Faisal said on Wednesday in Vienna that Iran “was responsible” for the alleged plot and insisted the kingdom would adopt a “measured response”.

Iran on Saturday said that the U.S .government rebuffed its request to hand over information on the alleged plot.

“This person has had no link to Islamic Republic of Iran entities,” the foreign ministry said in a statement received by AFP, referring to a suspect named by the United States.

“Based on legal norms, if there is any claim against any other government, the U.S. government should submit the accused person’s information to the other country and request cooperation,” it said.

“The U.S. government, despite a clear request from the Islamic Republic of Iran and contrary to international conventions, has not taken any action in this regard,” the ministry added.

The statement came a day after conflicting reports from Tehran and its arch-foe, Washington, over contacts.

Local media reported Friday that Iran’s mission to the United Nations denied “direct contact” between Iranian and American officials, after State Department spokeswoman Victoria Nuland told reporters that Washington and Tehran had had such contact over the alleged plot.

News of the alleged plot has sent tensions soaring between Tehran and Washington, foes for more than 30 years ever since Islamic students took U.S. diplomats hostage in their embassy in Tehran after Iran’s 1979 revolution.

Meanwhile tensions between Shiite Muslim Iran and Sunni Saudi Arabia have risen in recent months as Arab uprisings have altered the balance of power in the Middle East.

Saudi Arabia earlier this month appeared to blame Iran, without naming it, for instigating clashes between members of the kingdom’s Shiite minority and security forces on October 3 in which 14 people were injured.