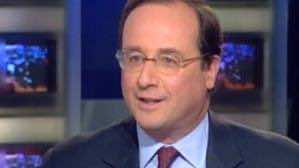 Francois Hollande, set to run as the French Socialist candidate in a presidential election next April, rides a scooter to work and shuns the showbiz style that is the hallmark of the man he hopes to unseat, conservative Nicolas Sarkozy.

Hollande’s dream came one step closer to reality on Sunday, when the 57-year-old beat Martine Aubry in a Socialist primary contest.

Head of the Socialist Party from 1997 to 2008, Hollande has cut a down-to-earth and unflagging figure on the campaign trail this year since officially announcing in March he would run, one of the first among six Socialist candidates to do so.

Party veteran, yet relatively unknown outside France, he has consistently topped opinion polls in recent months as the most likely next French president.

He has pledged to be a “normal” president, in contrast to the flashy, impulsive style that rapidly earned Sarkozy the name “President Bling Bling” after he won power in 2007.

Hollande’s wit is razor sharp. Bernadette Chirac, the often dour wife of former president Jacques Chirac, from the opposite side of the political divide, once conceded: “He is very funny. He knows how to work a crowd, a market, a fair, a local council.”

Hollande has nurtured a sharper look with a drastic weight-loss diet, new spectacles and his face is more frequently tanned than in the past, but his CV has holes.

Critics say he is a party apparatchik and note that while he is a seasoned local politician — he is a member of parliament for the southwestern department of Correze — he has never held a national government post or run a corporation.

During the primary campaign, Aubry insinuated that he was a “soft left” vacillator.

Hollande, say friends, is warm as well as witty, especially when away from the television cameras.

He has steadily built up a strong following among party loyalists and paints himself as a modern thinker who is a touch more moderate than some other party grandees.

In the last days of the primary contest, Hollande toughened his criticism of banks and financial markets as he came under pressure to appeal to a large chunk of voters who backed an anti-globalization hard-liner in the opening round.

Born on August 12, 1954 in the northwestern city of Rouen into a middle-class family, Hollande told his mother as a child he wanted to be president one day.

He attended France’s prestigious Ecole Nationale d’Administration, the graduate school that churns out most of the country’s political elite, became a Socialist activist and campaigned for former President Francois Mitterand.

Hollande’s former partner, Segolene Royal, with whom he has four children, ran against him in the primary. She ran unsuccessfully against Sarkozy in 2007.

Hollande proposes recruiting 60,000 state-employed school teachers if elected in a reversal of staff cuts under Sarkozy but has also gone to lengths to say he is no spend-happy leftist, vowing to reduce France’s public deficit.

Polls show voters reckon he may do a better job of steering the country though economic difficulty at a time when the euro zone debt market crisis has prompted governments to reduce spending and raised fears of a further economic slowdown.