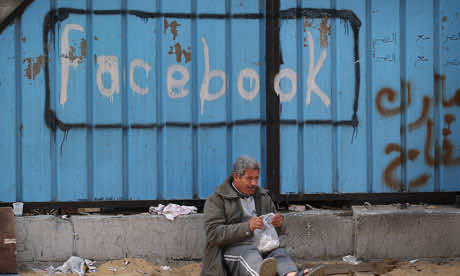 Perhaps the only aspect of the Arab World’s recent social change more amusing than the passionate debate it inspires is the frequently pathetic attempts by “experts” to explain how one (a clearly very hypothetical “one”) could have seen it all coming. For multiple reasons, “social media”—a euphemism for Facebook and Twitter—is among the most popular chic explanations of our infallible gurus. However, the social media effect is grossly exaggerated. Actually, the greatest technological instigator of social change arrived in the region when Mark Zuckerberg was in elementary school.

Satellite television and its free to air (FTA) satellite channels already include in its ranks over 500 channels serving the Arab World. Over 40 percent of the region’s households have access to them via legal and illegal networks. Market penetration is expected to reach 80 percent by 2016. Furthermore, most restaurants, cafes, and other public places own these meaning that nearly every person in the Arab World likely has some way of viewing hundreds of Arab-produced programs on at least dozens of channels. Al Jazeera and dozens of other large networks have made public debates, investigative journalism, and criticism of governments and politicians mainstream in an astonishingly short period of time.

Al Jazeera arrived first to the scene, in 1993, and it remains the most influential and trusted television network, but the sheer mass of new programming over just the last fifteen years represents a deeper truth. Pluralistic and pervasive dissent is here and it is here to stay.

Of course, the social media story has some merit. Facebook was a useful tool for the youth and elite to organize dissent and civil disobedience. But even within the Arab World, there is not a significant correlation between Internet use or Facebook subscription and democratic movements. Overall Internet use and Facebook subscription remains small as a percentage of the population. Egypt’s 20 million Internet users as of December 2010 may dwarf its 450,000 of 2000, but it is still only a quarter of Egypt’s total population. Greater than 50 percent of Internet users are also Facebook users, with many joining since the start of the Arab Spring. In fact, most Facebook use arose in the last five years. Today, 10 percent of Egyptians use Facebook and statistics from around the region reveal similar figures. These are not insignificant statistics, but the mass movement of the last year could only have arisen from a longer and more entrenched vehicle for agitation.

Furthermore, Internet access is a modern and diminishing issue, but satellite television also transcends a more ancient barrier. Literacy rates are always challenging to quantify since “literacy” itself is relative and difficult to measure. However, according to the CIA, the literacy rates of Egypt and the other North African Arab states are around 70 percent, while the rates in Yemen and Morocco are hardly 50 percent. Like much of the developing world, women are disproportionately illiterate. Illiterate populations undoubtedly gain in incalculable ways from the existence and proliferation of satellite television.

Middle Eastern satellite television may still face draconian internal regulations. Under the guise of “being keen on the sustainable progress of the satellite Arab media” and “services to maintain the Arab identity and the Islamic culture and values[…]” and other anodyne statist canards, the Council of Arab Ministers of Information released the “Arab Satellite Broadcasting Charter” in 2008. This Council includes nearly all the members of the Arab League. Most insidiously, the Charter promises to protect “the public right to receive accurate information” and provide “assurance for not jeopardizing social peace, national unity, public order and general propriety.” That is the language of authoritarianism.

There is very little legacy of free media, in any form, in the Middle East. Mass media, both broadcast and print, has from its inception in the Middle East, been predominantly a tool for whichever “-isms” the government was purporting at that time: Nationalism, Pan-Arabism, Islamism, etc. A short 20 years ago, desperately searching for BBC on the radio was the sole opportunity of most Arabs for finding non-government regulated news. The region desperately needed an unregulated medium for information. And years before that medium became cyberspace, it was space.

Satellite television aggravates the status quo by shining a light on the Arab World’s issues and debates, but it cannot on its own literally transform any society. The Arab World’s backwardness is not an Orientalist’s racist fiction. Eighty-eight percent of the population of the Middle East and North Africa live in states ranked by Freedom House as “not free.” The next closest region is Sub-Saharan Africa where 37 percent of the population live in states ranked “not free.”

Tempering our excitement, we should recall that millions poured onto the streets of Cairo in 1952 and 1977. Revolutions have never required an educated or politically aware populace. The current mass movement likely would have occurred anyway for demographic and economic reasons. However, it would not have been this revolution. The participants of this revolution have far more access to information than their parents and grandparents. Those who prophesied that this information would make the revolution more united or empowered have yet to be proven right. In fact, the greatest surprises of the last year have been the region’s budding political pluralism and its multiple competing visions for the future. We shall see; the best view is in front of a television.