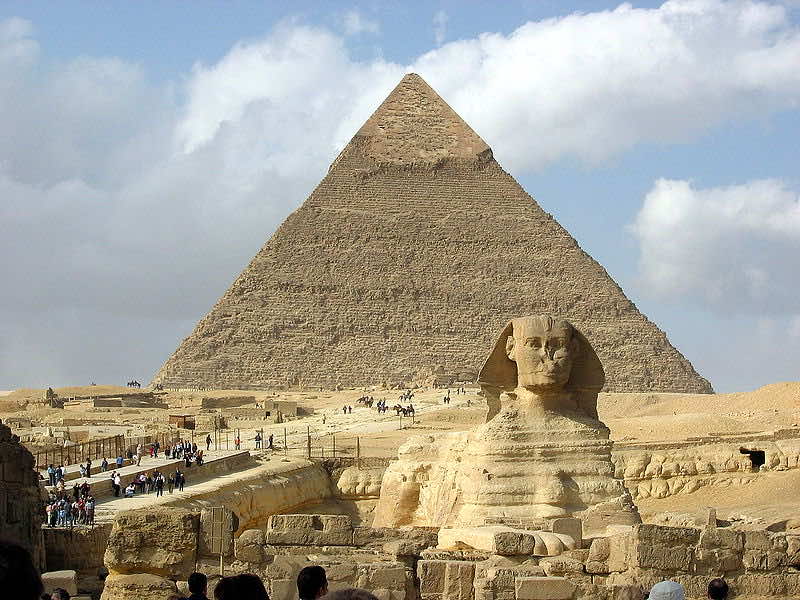 Shaun Mattingley began arranging a tailor-made family holiday to Cairo, Luxor and Aswan five months before their Feb. 19 departure, eager to show his wife and daughter “the Egypt I had grown to love over the years.”

They never made it. With Hosni Mubarak’s regime in its dying days, he canceled the trip two weeks before they were to fly to Cairo and instead took his family to Spain. Unrest has cost the Arab world billions of dollars in revenue and chipped away at the earnings of resorts, hotels and tour companies, such as Hannover, Germany-based TUI AG and Egyptian Resorts Co.

While the wave of popular upheavals sweeping the Arab world holds the promise of ushering in greater prosperity and democracy for millions of people, the unrest has undermined one of the region’s biggest industries, leaving many economically worse off now than they were before the protests began.

“We’ll do the trip when the elections are out of the way and there is stability,” said Mattingley, 46, director of Delta Community SA, an electronic trading platform in Eysins, Switzerland, about 26 kilometers (16 miles) north of Geneva.

The Arab Spring has taken a toll on tourism in cash- strapped nations from Jordan and Egypt to Morocco and Tunisia, costing the region more than $7 billion, according to the Arab Tourism Organization in Jeddah, Saudi Arabia. The number of visitors to North Africa and the Middle East dropped 13 percent and 11 percent, respectively, in the first half of 2011, said Taleb Rifai, secretary general of the United Nations World Tourism Organization in Madrid.

Tourism is the world’s third-largest industry, contributing $1.2 trillion — or 5.2 percent of the global economy — every year. The industry is responsible for one in every 12 jobs, Rifai said.

Of the 61 million visitors to the Middle East last year, more than 14 million went to Egypt, whose pyramids, temples, Nile cruises and mummies make it the top tourist destination in the Arab world and No. 18 globally, according to the UN agency.

Egypt, which counts on foreign visitors for 16 percent of its gross domestic product and 14 percent of jobs, lost 80 percent of revenue in the last holiday season, Tourism Minister Mounir Fakhry Abdel Nour told Jordan’s Ad Dustour newspaper on Oct. 1. The government expects tourism revenue to fall to $10 billion this year, from $12.5 billion in 2010.

Tour operators in Germany, home to the world’s biggest spenders on international holidays, said summer bookings to the Middle East and North Africa collapsed by as much as 50 percent.

TUI, Europe’s top travel company, said on Aug. 11 that its third-quarter loss widened as the unrest crimped earnings from France. London-based Thomas Cook Group Plc, TUI’s closest rival, cut its profit forecast a month earlier because of the drop in travel to North Africa during its peak season, and Kuoni Reisen Holding AG said the wave of revolts had had a “significant negative impact on demand in the European tour-operating business.”

“What we see right now is a slow recovery,” said Peter Brun, a spokesman for Zurich-based Kuoni. “People don’t have confidence yet because there are elections in Egypt and they are afraid of what will happen there, whether it will be peaceful.”

Egypt’s lower and upper houses of parliament will appoint an assembly in late March or early April that will rewrite the constitution. A presidential vote will take place 45 to 60 days after the results of a constitutional referendum are announced.

Egypt’s economy shrank 4.2 percent in the first quarter as revenue from industries including tourism plummeted. Gross domestic product grew 1.8 percent in the fiscal year that ended on June 30, the weakest performance in at least a decade, the government said in September. The balance of payments in the fiscal year recorded a $9.8 billion deficit, compared with a surplus of $3.4 billion the previous year, and currency reserves have dropped by a third this year.

Unrest was reignited in central Cairo on Oct. 9, when a night of clashes between Coptic Christian protesters and the security forces left at least 25 people dead. Egypt’s economy has lost $9.8 from protests this year, according to economic consultant Geopolicity Inc., which said the Arab Spring has cost countries in the region more than $56 billion, with Libya, Syria and Tunisia also hard hit.

Morocco, the most popular African destination, derives almost a fifth of its GDP and 17 percent of employment from tourism, the London-based World Travel & Tourism Council said. In Tunisia, where the self-immolation of an unemployed 26-year- old sparked a revolution that led to the ouster of President Zine El Abidine Ben Ali in January, tourism accounts for 17 percent of GDP and more than 15 percent of jobs.

Tourism revenue in Tunisia has plunged 50 percent this year, central bank Governor Mustapha Kamel Nabli said on Sept. 21. Tunisia’s current-account deficit, the broadest measure of trade, will widen to $2.8 billion this year from $2.1 billion in 2010, while Morocco’s will grow to $5.3 billion from $3.9 billion last year, according to the International Monetary Fund.

The loss of income from tourists has hurt millions of people in Egypt, Morocco, Tunisia and Jordan — a region where 20 percent of the population lives in poverty, according to the World Bank — and situation may not improve any time soon. Egypt’s Tourism Ministry said it’s unable to predict when foreign visitors will return.

“We’ll probably starve for a while, since tips from tourists are my family’s only source of income,” Ahmed, a tour guide in the Hatshepsut Temple in Luxor, said in February, less than two weeks after protests toppled Mubarak. “This may even go on for a whole year, but we don’t care. It’s for the better, and for the future of my baby girl.”

In Jordan, which has enjoyed relative calm compared with other Arab nations, tourism revenue dropped 12 percent in the first half of 2011 from a year earlier as travelers put off trips to see the ancient ruins at Petra, with its spectacular temples and tombs hewn from rose-colored rock that were featured in the film “Indiana Jones and the Last Crusade,” and the windswept peak of Mount Nebo, where according to ancient tradition, Moses was given a view of the promised land.

Tourism contributes 14 percent to Jordan’s economy and, along with remittances from nationals working abroad, is the top source of hard currency in the kingdom of 6.5 million people.

International arrivals in Lebanon fell 24 percent in the first eight months of 2011 as instability in neighboring Syria deterred visitors who journey by car through the only open Lebanese border crossing. Lebanon relies on tourism for almost 34 percent of its GDP and 32 percent of jobs, according to the World Travel & Tourism Council.

The drop in tourism in the Arab world has been good news for struggling European economies, which need every fillip they can get. Foreign visitors have flocked this year to Greece and Portugal, both recipients of international bailouts, as well as to Spain and Turkey.

Israeli tourism held up during the unrest elsewhere in the region, though there were cancellations among travelers who had booked packaged tours that combined Israel with stops in Egypt and Jordan.

The number of foreigners who journeyed to Spain hit a record 7.64 million in August, the government said, while data from Portugal show its hotel revenue climbed 12.5 percent in July. The number of travelers to Israel who stayed more than one night rose 3 percent to 2.1 million in the first nine months.

Foreign tourist arrivals in Turkey jumped an average of 20 percent in the first four months of the year and reached a record 4.6 million in July, according to figures from the Ankara-based Tourism Ministry.

“We have had a great season and it looks as if it’s going to prove a longer season, too, perhaps extending into November,” said Secim Aydin, deputy president of the Turkish Hotels Federation. “The Arab Spring has hit the whole region, but Turkey’s stability and safety have drawn in more visitors.”

Spending by visitors to Greece, which is grappling with its own domestic unrest as the government tries to stave off a default, climbed more than 14 percent in the first seven months of 2011, making tourism the nation’s most productive industry. Tourism accounts for almost 16 percent of Greece’s output and about one in five jobs, the World Travel & Tourism Council said.

“The Arab Spring contributed to a rise in tourists coming to Greece this year,” Culture and Tourism Minister Pavlos Yeroulanos said in an interview in Athens. “We’re looking at 2 percent to 3 percent of the growth over last year to be a direct result of the Arab Spring. The challenge is to continue this growth for the future.”