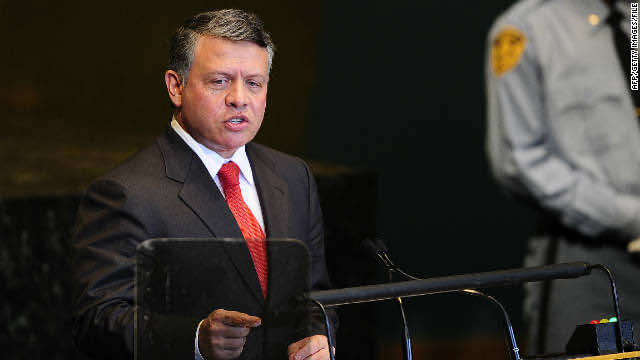 King Abdullah II dismissed Jordan’s cabinet and prime minister on Monday, appointing a leading jurist to take over the government and undertake reforms leading to new election laws and government accountability, according to a statement from the Department of Information and Communication.

Awn Khasawneh replaces Marouf Al Bakhit, whom Abdullah appointed as prime minister in February in a similar cabinet shakeout amid protests calling for reform in the Middle Eastern kingdom.

At the time, the Royal Court said in a statement that Al Bakhit was to implement “genuine political reform.”

The statement issued Monday in Amman said the king told Khasawneh to form a new government with an eye to a national dialogue on electoral and political party law, the creation of an independent body to oversee elections and a comprehensive review of municipal elections.

Khasawneh is also tasked with addressing government transparency and accountability, as well as “freedom of the media without violation of national unity.”

The king also named Faisal Al Shoubaki as the new head of the intelligence, according to a palace offical who was not authorized to speak to the media. He is currently Jordan’s ambassador to Morocco.

Khasawneh is a Jordanian jurist and former adviser to the country’s late King Hussein. He has been a member of the International Court of Justice since 2000, according to his biography on the court’s website. He has also served with the Foreign Affairs Ministry.