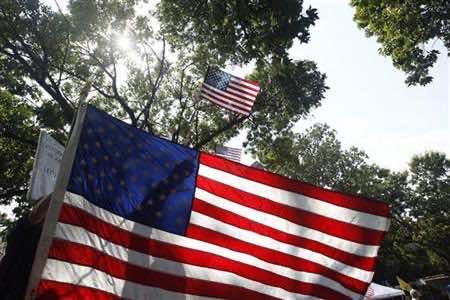 A U.S. push to isolate Iran looks unlikely to make Tehran back down over its nuclear program and other disputes, setting the scene for sharpening rhetoric and rising tension at a time when the two foes are preparing for elections.

U.S. President Barack Obama, seeking a second term next year, says the Islamic republic will face the harshest possible sanctions for an alleged plot to assassinate a Saudi diplomat in Washington and has not ruled out military action.

And the U.N. atomic agency is expected to publish intelligence data next month likely to strengthen suspicions that Iran may be working to develop nuclear bombs, providing the West with additional arguments to punish Tehran.

Iran, which holds a parliamentary election in March followed by a presidential ballot in 2013, angrily rejects both the allegations – that it planned to kill Saudi Arabia’s envoy to Washington and that its atomic activities have military aims.

“It is difficult to see any movement from either side to improve relations during the next year and a half,” said a senior Western diplomat in Tehran.

“On the contrary, a hardening of the positions of both countries is to be expected because they stand to gain most from this in terms of domestic politics.”

The diplomat and others said they did not see the row escalating into a military conflict, which could have dire consequences for an already struggling world economy.

“I don’t believe the specter of military confrontation with the U.S. haunts the Iranian leadership,” said Ali Vaez of the Federation of American Scientists, a think tank in Washington.

“They consider the war-weary American public as the most important deterrent to war in an election year.”

The Democratic White House has pushed back hard at a Republican charge that Obama, who sought to ease 30 years of enmity with Iran after he came to power in early 2009, has shown a lack of resolve abroad.

In Iran, President Mahmoud Ahmadinejad is battling constant criticism from hardline conservatives accusing him of being in the thrall of “deviant” advisers who want to undermine the role of the Islamic clergy.

Iran demanded consular access on Sunday to a man held in the United States over an alleged plot to kill the Saudi ambassador and vowed to respond robustly to any “inappropriate measure.” U.S. officials acknowledge the plot seemed unusual, but insist they are convinced Iranian officials backed it.

“Pressure on Iran is ratcheting up in an unprecedented way,” Vaez said, but added: “There is no sign that mounting pressure will compel leaders in Tehran to change their course of action.”

Any additional sanctions would not worry the Iranian leadership too much as long as they could limit the economic impact, said Baqer Moin, an Iran expert based in London.

“If they cannot contain it economically it will affect their calculations,” Moin said. “We are not there yet because the oil money is still coming through. The oil price is high.”

Iran’s refusal to halt nuclear enrichment – which can have both military and civilian purposes – has drawn four rounds of U.N. sanctions since 2006 and separate U.S. and European steps.

U.S. Treasury Undersecretary David Cohen said last week that Iran is increasingly unable to attract foreign investment in its oil fields and could lose $14 billion a year in oil revenues through 2016.

He said the United States was considering more sanctions on Iran’s central bank to step up the pressure on the country, whose annual oil income amounts to roughly $80 billion.

But analysts expressed doubt that any new measures against Iran would fundamentally change Tehran’s cost-benefit analysis in pushing ahead with a nuclear program its leaders see as a source of national power and prestige.

It is also unclear whether Russia and China – which wield veto power at the U.N. Security Council – would back more sanctions after they criticized the West last year for slapping unilateral measures on Iran.

“Russia is generally against sanctions against Iran and they will be sure to maintain that position,” said Fyodor Lukyanov, editor of the journal Russia in Global Affairs.

Zhu Feng, a professor at Peking University and an expert on China-U.S. relations and proliferation issues, noted a recent falling out in the Security Council on Syria – Beijing opposed sanctions on Damascus – but said China was likely to be more accommodating to Western interests on Iran.

The Vienna-based U.N. nuclear agency is expected to raise international pressure on Iran with a report in November which Western diplomats say is likely to heighten suspicions about the Islamic state’s atomic ambitions.

The United States and its allies want IAEA Director General Yukiya Amano to make an assessment whether he believes Iran is working to develop a nuclear missile.

For several years the IAEA has been investigating Western intelligence reports indicating Iran has melded efforts to process uranium, test high explosives and revamp a ballistic missile cone to accommodate a nuclear warhead.

Obama is pressing the agency to release classified intelligence information that Washington believes would show that Iran is designing and experimenting with nuclear weapons technology, The New York Times said at the weekend.

Citing senior U.S. officials, it said the evidence created “extraordinarily uncomfortable questions” for Iran to answer, but did not definitively point to the building of a weapon.

Instead, it detailed work on technologies essential for designing and detonating a nuclear device, the paper added.

Iran says allegations of military-linked nuclear work are forged and that it enriches uranium solely as an alternative source of electricity for a growing population.

Western diplomats at the United Nations in New York said that it would be the IAEA report, not the alleged assassination plot, that would provide the focus for any expanded sanctions as Security Council attention returned to Iran’s nuclear program.

As one diplomat at the Council said: “Reopen your nuclear physics manuals, as it is coming back big time in November.”