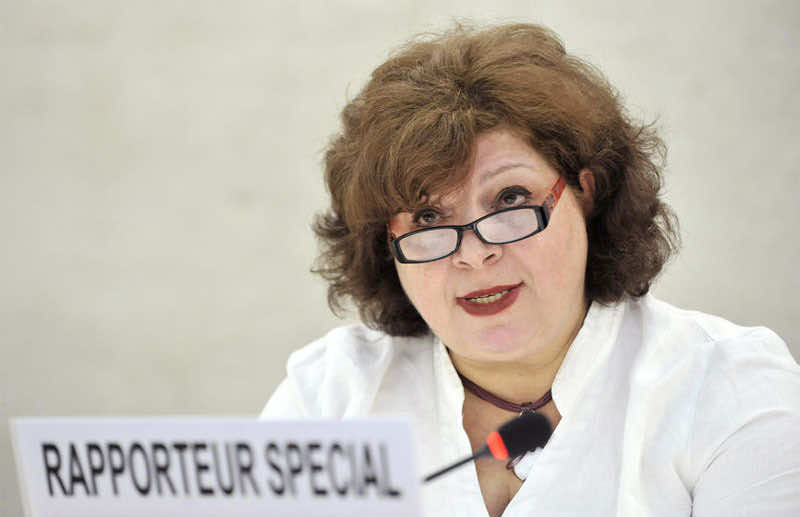 A United Nations human rights expert today urged Lebanon to introduce laws to protect the estimated 200,000 domestic workers in the country, warning that many of them live in conditions of servitude and are subject to physical or sexual abuse and economic exploitation.

Gulnara Shahinian, the Special Rapporteur on contemporary forms of slavery, including its causes and consequences, said Lebanon’s population of migrant domestic workers – the majority of whom are women – are especially vulnerable to abuse and exploitation.

“Migrant domestic workers in Lebanon… are legally invisible,” Ms. Shahinian noted in a statement issued in Beirut at the end of an eight-day visit to the Middle East country. She added that these workers are forced to live in their employer’s household, face racial and gender discrimination and lack legal protections to safeguard their rights.

“I met with women who had been forced to work long hours without any remuneration or valid contract; physically or sexually abused; and morally harassed by constantly being insulted, humiliated and belittled,” she said.

Ms. Shahinian urged Lebanese authorities to ensure that all domestic workers have legal protection and prompt access to remedies, and that all employers are made aware of their obligations when they recruit domestic staff.

The Special Rapporteur commended the Government for several positive steps, including the setting up of a telephone hotline for receiving calls about abuse and the formation of a national steering committee to tackle the wider issues.

The committee has developed a standard contract and a new draft law for migrant domestic workers, and Ms. Shahinian said turning the draft into law must be a priority.

“The law needs to balance the rights and obligations of both the employer and employee. It also needs to explicitly guarantee that migrant domestic workers are allowed to keep their passports, have freedom of movement, a day off outside the employer’s house, adequate private lodging and fair wages. It also needs to establish criteria of what a potential employer must have and include specific provisions on how recruitment agencies are to conduct their work and be monitored.”

Ms. Shahinian noted that the current visa regime means that when a domestic worker leaves an employer, they are deemed to have immediately broken the law.

“In the case of a domestic worker held in domestic servitude, she is, as a result, treated as a criminal instead of a victim of human rights violations.”

Ms. Shahinian, who has served as Special Rapporteur since May 2008, will present her full findings on her visit to the Human Rights Council next year in Geneva.