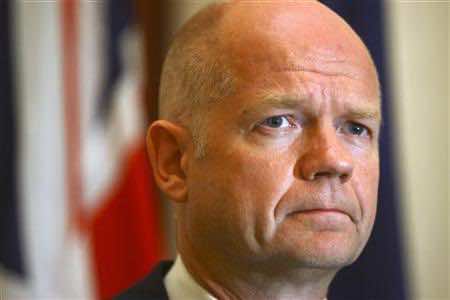 NOUAKCHOTT – Britain signalled on Tuesday a drive to deepen ties with countries of the Maghreb, pledging help to tackle a growing threat from allies of al Qaeda in the region.

British influence in Mauritania, Morocco and Algeria has traditionally been outweighed by that of ex-colonial master France. The Arab Spring uprisings, the Libyan war and the local rise of al Qaeda have highlighted their strategic importance.

“We believe we should step up our cooperation, our contact, with countries in this region,” British Foreign Secretary William Hague told reporters in Mauritania on the latest leg of a tour that has included Libya and Morocco and will take in Algeria.

“This (trip) is an indication of a new British approach,” he said, during the first trip to Mauritania by a British foreign secretary.

Mauritania, a desert state of just over three million which straddles North and sub-Saharan Africa, has sought in recent months to step up the fight against local al Qaeda agents after a spate of attacks on its army and Western expatriates.

Regional security efforts with neighbouring countries such as Mali and Algeria have been hampered by a lack of cooperation between national armed forces, which under pressure from the West are now beginning to work together with joint patrols.

“We are committed to working with Mauritania on improving security and defeating terrorism,” Hague said in a statement after talks with President Mohamed Ould Abdel Aziz.

Hague did not give details. A British official who declined to be named said the help consisted of advice and other support. Mauritanian officials did not give statements during the Hague trip and were not immediately available for comment.

Abdel Aziz, an army general who was toppled his predecessor in a 2008 coup, won election in a 2009 vote decried by rivals as rigged.

Yet France has hailed him as a “key partner” and he went on to play a leading role in the awkward African diplomacy over Libya that finally led to the continent recognising the ex-rebel National Transitional Council as its new leaders.

“Part of the reason for coming here is to warn them about that,” the British official said of ties with a country that the United States is seeking to isolate further.

The al Qaeda threat has hit the local desert-based tourist sector hard, and the Mauritanian economy is largely based around farming, fishing and some iron ore exports. After the 2009 election, donors resumed aid suspended after the coup.