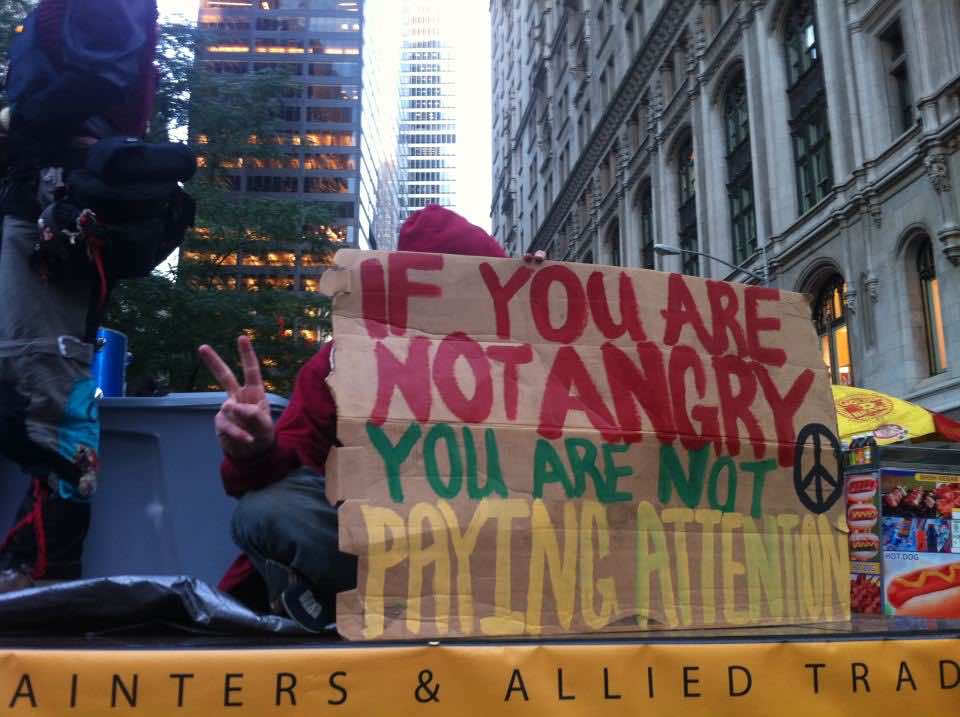 They brave the elements, the police and uncertainties of life on the street, but probably the hardest thing anyone in the Occupy Wall Street demonstration can do is join something called the “Demands Working Group.”

As they enter the second month of a protest that has echoed around the world, the activists of Occupy Wall Street are under fierce pressure from the media and major commentators to do what protest movements usually do: issue demands.

Protestors camped in Zuccotti Park, near Wall Street, just as resolutely refuse. “We do not have one or two simple demands (though many demand them of us),” a newly distributed flier declares.

With the movement starting to show real political weight — as seen in repeated references by President Barack Obama and his Republican challengers — tentative steps are being taken to address the demand question.

But if the progress of the Demands Working Group is anything to go by, the answers won’t come soon.

A meeting of the group on a chilly sidewalk late Monday fizzled out when only two members showed up, interrupted by a protestor in baggy pajama-like trousers and a wild hair-do who hugged an AFP reporter, then strode off.

And even the two stalwarts were hardly enthusiastic about the idea of demands.

“Who are they talking to?” Kobren, 68, asked of protestors who habitually stand outside barricaded government offices asking for something specific. “I see them as kind of teenagers saying, ‘I want, I want,’ to their parents.”

Kobren reflected the purist Occupy Wall Street philosophy: that there’s no point demanding change from the government or the financial industry when those institutions are rotten. “We need to do it (bring change),” she said.

The other Demands Working Group member was also in no hurry.

“The process is supposed to help us understand the variety of perspectives in the group and consider them,” said James, an activist from Chicago, asking that his last name not be used.

Mysteriously, James added: “The Demands Group could also have a discussion of what are ‘demands’?… Part of demands has to be understanding what demands mean to the development of a democratic culture.”

A slightly more action-oriented approach is unfolding at a table marked “Think Tank” in the center of the teeming protest village in Zuccotti Park.

Here, passersby are invited to explain on one index card why they have come and on another how they would solve the problem.

On a recent afternoon, dozens of index cards piled up in two separate boxes.

“We get a pretty substantial pile every day,” said Tim Weldon, manning the table.

“We’ve got a non-profit organization helping us type it up,” Weldon said. “We’ll see what people want.”

A look through that day’s cards found a reflection of Occupy Wall Street’s kaleidoscopic list of grievances.

“I’m concerned that healthy natural food is not available for everyone but only for people who have a certain income,” one card said.

Someone had written in the solutions’ box: “You should have actual suggestions instead of protests.”

One woman perusing the cards said the lack of clear goals would doom a movement fueled by widespread, if poorly defined anger at Wall Street and the political elite. “I think that without a unified voice, people can’t take us seriously,” Jade Heilmann, 27, said.

But few in Occupy Wall Street see their failure to issue demands as a failure at all.

The goal, explained Patrick Wilson, volunteering at the camp’s media desk, goes far beyond what any single demand could articulate.

“What we have in the United States is an oligarchy and what we need is a people’s democracy…. So we’re occupying this country. We start out at Wall Street, then we spread out and occupy the country and take it back,” he said.

“The only demand,” he said, “is: give the country back to the people.”