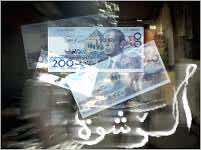 After a months-long wait, the Moroccan parliament has finally ratified a law to protect witnesses in cases of corruption, embezzlement, influence peddling and misappropriation of public funds.

The measure, passed on October 5th, will encourage members of the public to help raise standards in political life, whether by reporting crimes of corruption or by appearing as witnesses in the courts, with complete freedom of speech and no pressure, Justice Minister Mohamed Tayeb Naciri said.

The government will also revise the penal code with a particular emphasis on bringing it in line with the UN Convention against Corruption, especially in terms of safeguarding witnesses, experts and whistle-blowers, the minister vowed.

The law envisages a raft of measures, including ways to protect the families of graft trial witnesses and guarantees to prevent any material or moral harm to witnesses. The legislation also provides for the protection of the property and interests of those involved in such cases.

A special telephone number will be made available to notify the police should trial witnesses receive threats or have any concerns about their safety or that of their family. The witness, expert or whistle-blower will be granted anonymity during the trial and will not be named in case documentation.

Measures have also been set out to prevent intimidation or violence towards the person concerned and members of their family, such as the provision of protection officers.

In addition, the law will also prosecute anyone reporting a supposed crime with malicious intent or making unfounded allegations.

But some civil society groups feel that the law does not go far enough. According to Transparency Maroc, without further initiatives to support people, the announced arrangements will be ineffective.

Among the public, opinions are divided between those who doubt the new law will be implemented effectively, and those who feel that it is a major step forward that needs to be backed up by an awareness campaign.

The ball is now in the public’s court, to speak out against corruption and play their own part in efforts to stamp out this problem which is rampant across Moroccan society, said nurse Fatima Chaouni.

Student Salim Zohairi was more sceptical. The state must now prove that it is capable of protecting witnesses and whistle-blowers, because experience has shown that in spite of the existing laws, impunity is very much the order of the day, he argued.