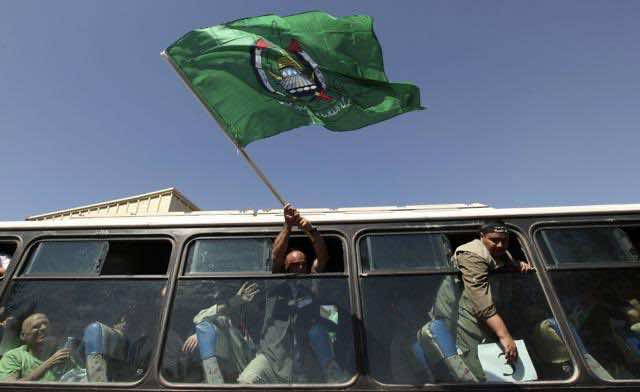 The United States has voiced “concerns” to Israel over some of the 477 Palestinian prisoners freed by the Jewish state on Tuesday as part of a deal to win the release of a captured Israeli soldier.

“We have looked at some of these individuals and we’ve communicated our position… to the Israeli government,” State Department spokesman Mark Toner said, adding he could not “get into the substance of our concerns too greatly.”

He was asked whether the freed prisoners posed a threat, or whether the U.S. just objected to their release. “Both,” Toner replied, adding “we had concerns in both spheres.”

But he said he was not aware of any Palestinians who were not freed because of the U.S. concerns, and that the decision to release them was “a sovereign decision by the Israeli government.”

U.S. Secretary of State Hillary Clinton, who was visiting Libya at the time, saluted the end of Israeli soldier Gilad Shalit’s “long ordeal,” saying he had been held “far too long.”

Shalit finally returned home to northern Israel on Tuesday after more than five years in captivity in a landmark deal between Israel and the Islamist Hamas movement that saw 477 Palestinians walk free.

The United States regards Hamas as a terrorist organization, and has set three conditions for negotiations with the group – that it recognizes Israel’s right to exist, that it lay down its weapons and say it is prepared to recognized past agreements between Israel and the Palestinians.

While many governments expressed hope that the prisoner swap would pave the way for a resumption of peace talks between Israel and the Palestinians, Toner said it was “difficult for us to say what this means.”

“Obviously we want to see constructive atmosphere between the two parties, one that leads to direct negotiations ultimately, that’s our goal,” he said.

“I can’t say whether this is going to lead in that direction or not. We would just want to see gestures on the part of both sides to build that kind of constructive atmosphere,” he said.

“We are pleased that Gilad Shalit is being reunited with his family,” said spokesman Jay Carney, traveling with the president in North Carolina.

“As regards to the overall Mideast peace process for us it’s always about each side taking steps that make it easier to return to negotiations instead of harder.

“Each side needs to take steps to return to negotiations.”

Under the deal, 296 prisoners were released to Gaza, of which 163 were exiled there from homes in the West Bank and east Jerusalem.

Another 117 went home to the West Bank, 15 returned to their families in east Jerusalem and seven Arab Israelis were also sent home. Another 40 prisoners are being exiled to Turkey, Syria and Qatar.