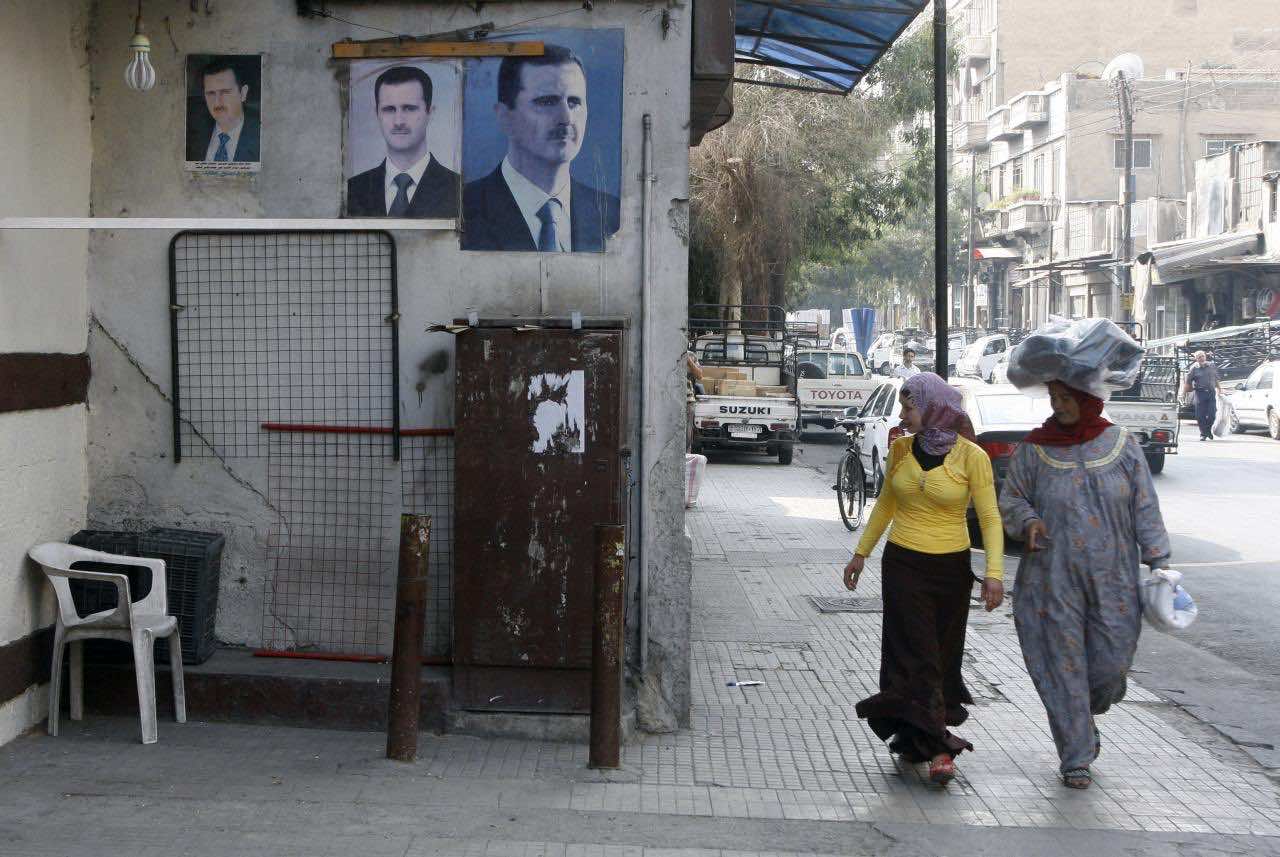 BEIRUT — Syrian security forces and pro-government gunmen killed at least 10 people in a rebellious central province Wednesday, activists said, just as tens of thousands of Syrians were demonstrating in a key city — a huge show of support for the country’s embattled president.

The two related developments showed that despite more than seven months of unrest, neither President Bashar Assad nor his opponents are ready to give in.

Pro-government gunmen killed two people in Homs, long a center of anti-government protests, and eight others were killed in nearby villages and towns, the British-based Syrian Observatory for Human Rights said.

The Local Coordination Committees, another activist group, said six people were killed in Homs itself, and that one person was shot dead in the Damascus suburb of Douma.

The reports could not be independently confirmed. Syria has banned most foreign correspondents and severely restricts movement in the country.

The Homs province has witnessed intense anti-regime protests as well as clashes between troops loyal to Assad and armed defectors from the military. The region is considered one of Syria’s most volatile areas.

The uprising against Assad began during a wave of anti-government protests in the Arab world that toppled autocrats in Tunisia, Egypt and Libya.

Syria’s opposition movement has mostly focused on peaceful demonstrations, although recently there have been reports of protesters taking up arms to defend themselves against military attacks.

Also, defectors from the military have battled government forces in recent days. The military is Assad’s main power base, as he heads a minority Islamic sect that has ruled Syria for four decades. Mass army defections could undermine his regime, though there have been no signs of large-scale movements.

The trend toward militarization of the uprising has raised fears that Syria may be sliding toward civil war.

The U.N. says more than 3,000 people have been killed in the government crackdown on the protests, and international pressure is building on Assad to step down.

The pro-regime gathering, in the northern city of Aleppo, came a week after a similar rally in the capital, Damascus.

Damascus and Aleppo are the largest cities in Syria and are its economic powerhouses. The regime is counting on their support to halt the momentum of the uprising.

Opposition groups charge that the pro-Assad demonstrations are carefully orchestrated and sponsored by the government.

An amateur video posted online by activists criticized the Aleppo rally and showed an anti-regime protest in the northwestern region of Jabal al-Zawiyah.

“In retaliation to the fake demonstration in Aleppo,” read one of the signs carried by the anti-government protesters, as the demonstrators chanted, “down with the regime.”