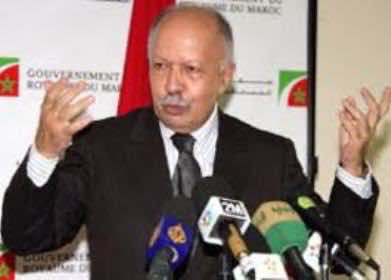 The Moroccan government on Wednesday said it would submit to parliament an amended version of a budget bill for 2012 having withdrawn an initial draft last month.

In remarks carried by the official MAP news agency, Khalid Naciri, who is also Communication Minister, said a cabinet meeting “approved on Wednesday an amended version of the draft budget for 2012”.

“(The bill) will be submitted to parliament within the deadline fixed by the constitution,” Naciri added.

Laws call for the draft budget to be submitted to parliament at least 70 days before the end of the year, which means by Friday at the latest. It cannot be implemented without parliament’s approval.

The minister did not say what changes were introduced.

Investors are anxious to know how the final version of next year’s budget will look because the government will have to find cash to cover increased spending.

In an effort to avoid the kind of unrest seen in other parts of the Arab world, the Moroccan government raised public salaries this year and almost trebled funds for food and energy subsidies.

Two sources familiar with the situation said that, as part of efforts to trim the deficit next year, the government had been considering new taxes on banks, telecom firms and insurance companies.

The finance ministry declined to comment or say whether such measures were included in the draft budget.

Minister in charge of relations with parliament Driss Lachgar told Reuters the tweaked bill “will be submitted to parliament before Friday. It is almost identical to the previous version”.

Lahcen Daodi, a member of parliament representing the opposition Justice and Development Party, hinted the tweaked 2012 budget may not introduce those new taxes.

“Things are very obscure. We are navigating in deep fog. The government has not given us any information confirming or denying whether these taxes actually exist. The prime minister did not oblige when we asked him to come to parliament and explain,” Daodi said.

Newspapers, including Arabic-language daily Akhbar al-Youm, have reported that business lobbies have pressed for those taxes to be axed from the draft bill for 2012.

Local businessmen, which have reluctantly agreed to a minimum wage rise in April, worry that the troubled state of public finances in the European Union, the main buyer of Moroccan exports and top source of tourists, would spell difficult times ahead.

Under the draft of the 2012 budget that was withdrawn from parliament, Morocco is forecasting that economic growth will slow slightly to 4.8 percent next year but still hopes to cut its budget deficit to 4 percent of gross domestic product.