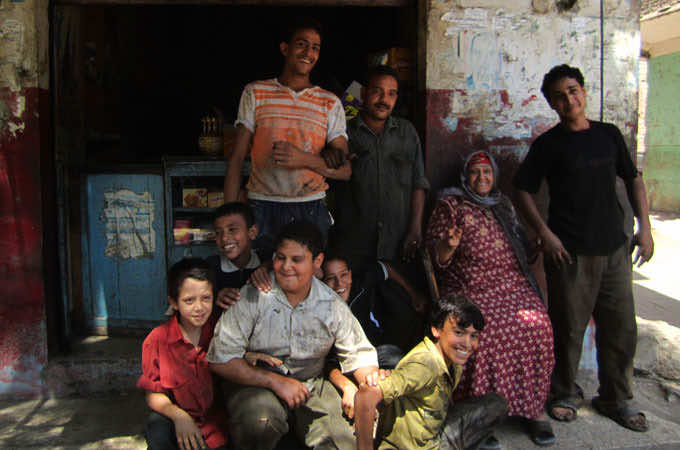 Will Egypt’s parliamentary elections bring the change needed or simply rebuild a defunct system of government?

Cairo is a city of 20 million without a mayor, without a municipality and without an effective city government that represents its inhabitants. At the final metro stop on the Giza line is an informal neighbourhood sandwiched between the metro tracks and a water canal. Mounib was once a village outside Giza on the road heading south towards Aswan.

Today, Mounib is part of the informal urban sprawl spawned by government negligence and lack of planning. In some respects, Mounib is a relatively successful informal area: The buildings are well built with a maximum of six levels allowing sun and air to penetrate most residences, and there is a tightly-knit community. Living here is not cheap; the average home costs its owners nearly 50,000 Egyptian pounds (about $8,370), yet residents lead a precarious life and their fate is uncertain. Inhabitants in informal areas live at the mercy of the construction mafia, who build illegally with the discreet approval of bribed local government officials.

Running through this dense urban area is the Zumor Canal, which once irrigated rich agricultural land. No longer used for irrigation, water has become stagnant, and with the government’s refusal to manage waste in areas such as Mounib, the canal has transformed into a trash dump and a source of disease and infestation. Further north, where the canal passes through middle-class neighbourhoods, it has been filled and transformed into a green spine. Here, like the majority of Cairo, residents police themselves. A total informal way of life pervades that includes schooling, healthcare, food supply and social services. People here are friendly and welcoming and they know what needs to be done to better their community, but there are no channels for them to officially take part in civil society and government. Although this area is part of the capital and is reached by metro, it is at the periphery of the regime’s concerns. In Mounib, nothing has improved since Hosni Mubarak passed his presidential powers to the Supreme Council of Armed Forces (SCAF).

The local government officials responsible for this area are the same as before the January 25 revolution that deposed Mubarak, despite a recent court ruling to dissolve local councils. Residents consider local government as window dressing rather than an effective mechanism to better their lives, and the government institution as a whole is viewed as better avoided. Those local government officials form the base of an administrative pyramid that leads to a presidentially appointed governor at the top. Administratively, Cairo is a divided city split into three governorates each with a governor and an army of bureaucracy below him. Governor posts are reserved to former army and police officers, typically at the age of retirement.

Egypt’s government is designed for a dictatorship: It is extremely centralised and tightly controlled by national policy, and local councils are void of power. Although Cairo’s three governorates have separate budgets and various departments, they largely depend on the country’s ministries, led by presidentially appointed ministers, to care for essential elements of the urban environment: housing, schooling, transport, parks, healthcare, etc. Governorate budgets largely go to paying salaries rather than public spending. There is no unified city government with elected local officials and a mandate to effectively manage the city. Instead, governors do the occasional ribbon-cutting, and make hollow announcements regarding randomly selected projects that suit their whimsy.

Local councils that should directly manage a neighbourhood such as Mounib are firmly in the hands of members and friends of the now disbanded National Democratic Party (NDP). Over the past 30 years, local politics were dominated by personal relationships with party officials. Council seats were purchased and influential families controlled entire districts. Local councils are supposed to represent citizens’ interests to the national government. Cairo, with roughly 23 per cent of Egypt’s population, is represented in the national parliament with only 10 per cent of the seats. This means that the residents of Cairo with some of the highest population density in the country are underrepresented in a parliament that is typically dominated by a single party.

Residents in Mounib, like the majority of Egyptians, have no effective means to a political voice, to participate in government or to demand from authority something as urgent as cleaning the cesspool that runs through their neighborhood.

The ruling SCAF has been reluctant to make any fundamental changes to the system of governance. The court order to dissolve local councils has not been enforced. There have been no rules regarding former NDP members and their beneficiaries from dominating the political arena, and the fabric of the defunct system described above is fully intact. Governors have been appointed as was done before. The NDP’s controversial Cairo2050 plan, which calls for the dislocation of millions of inhabitants in the name of neoliberal development for the rich, has resurfaced after months of speculation over its fate.

Since February, 50 political parties have been registered and numerous political figures have emerged. Dominating public discourse have been voices from the Islamist side of the spectrum, who have insisted on keeping the conversation on issues of identity. The everyday concerns of citizens and inhabitants of Cairo such as transport, housing and waste have been conspicuously absent. When I last visited Mounib, residents were not concerned with national identity, the dichotomy between liberals and Islamists, the threat of a military regime or American interests in the region. They were concerned with the polluted canal, the uncollected waste, the mosquitoes infesting the area and the lack of official response. There is a deliberate gap that has been created between the people and the powerful, and the current transitional government is maintaining that gap.

The ruling SCAF has not shown any indication of its intention to implement or support real political reform in post-Mubarak Egypt. In fact, what has been taking place at an alarming rate is the rebuilding of the old regime with new partners and new names. After nine months in power, it is safe to assume that the SCAF has no intention of changing. Speaking at the 25th anniversary celebration of the national media watch group Fairness and Accuracy in Reporting, Noam Chomsky argued, “The US and its allies are not going to want governments which are responsive to the will of the people.”

Chomsky explained that the main motive for this policy is a sense that the people of the Middle East are overwhelmingly anti-American and thus they should not be left to their own devices.

Despite the lucid statements by the American Secretary of State, Hillary Clinton, in support of democracy in the region, it is increasingly evident that the US is hoping to rebuild the Egyptian regime, and the SCAF is its partner. Internally, the SCAF is part of the old regime and is interested in maintaining the status quo.

Forgotten between the American vision for the region and the SCAF’s hunger for power is a community sandwiched between the metro tracks and a polluted canal in Cairo. Like other Cairenes, the people of Mounib want to live in a dignified city, but are deprived of true government representation to realise their aspirations.

Mohamed Elshahed is a doctoral candidate at New York University’s Middle East and Islamic Studies Department. He blogs about Cairo’s architecture and urbanism at Cairobserver.com