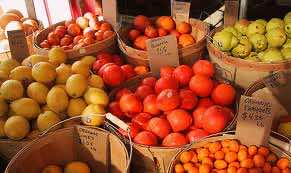 Inflation in Morocco fell to an annual 0.8 percent in September, led by a sharp slowdown in food prices, official data showed on Thursday.

A surge in food and education costs had pushed the consumer price index to a year-high in August when it hit 2.2 percent.

Underlying inflation, a gauge used by Morocco’s central bank to set the benchmark interest rate that excludes state tariffs and volatile prices, rose by an annual 1.4 percent in September.