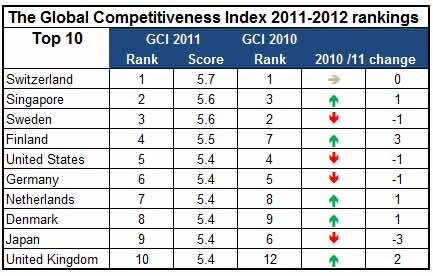 Tunisia was ranked 46th in the Doing Business 2012 Report:” Doing Business in a more Transparent World” out of a total 183 countries listed, thus moving back 6 ranks compared with its ranking in 2011 (40th).

This report, released by the World Bank (WB), assesses regulations implemented in countries surveyed to improve the capacity of domestic firms to do business. Countries are accordingly ranked according to the ease of doing business on the basis of 10 key indicators.