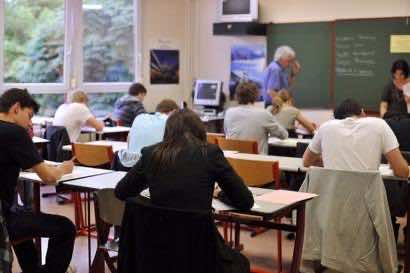 Boubker Benseddiq, a 26-year-old Moroccan national, recently graduated from INSA-Toulouse, a well-respected French public university of engineering. In May, he got a job as an engineer in the petroleum industry. Right after being hired, he handed over his request for a change of his visa status, from student to worker, expecting to be given a work permit after little more than a month.

He is still waiting.

“I am extremely worried because if my demand is not accepted within the next month and a half, my contract will have to be breached,” he says. “Without a job, I cannot remain on the French soil, and will have to go back to Morocco.”

Benseddiq’s case is not isolated. Hundreds, if not thousands, of foreign students and recent graduates in France face a bleak future after French Interior Minister Claude Guéant issued a memo in late May for high administrative officials to tighten the conditions for foreign students to change their visa statuses.

Until 31 May, this procedure would take between three weeks and a month and a half, and anyone who had started working in a firm would rapidly be granted a work permit. Since the changes, some foreign students have begun to voice their dissent.

Guéant’s memo, the purpose of which is to curb “professional immigration” and legal immigration overall, specifically cracks down on foreign graduates. According to the ministry, the only purpose of foreign students in France is to take their education back to their native countries.

A “foreign student” in France does not include students with European passports, but those from Asia, sub-Saharan Africa, North Africa and the Middle East. These foreign students possess a student visa until graduation, which, according to French law, grants them the right to work only 60 percent of the time, as studying is the main reason for their presence in the country. After graduation, if they are hired by a company, they have to submit an application to the prefecture in order to obtain a status change that will grant them a work permit.

They can legally work and be hired by a company for seven months with their student status, but if their status has not changed to a proper working permit during these seven months their contract will automatically be terminated.

Many foreign graduates, some of them highly skilled, have seen their hopes of working in France dashed since the issuance of the memo. Others are extremely worried that the process for their status change is taking so long that they will have to be laid off.

In response to the growing anxiety of foreign students and graduates who have had their work permit applications turned down, a group has been formed under the name “31 May Collective” with the aim of opposing the new policy.

The collective is mainly composed of young graduates emanating from France’s best schools and universities who reach out to the media and the politicians and organize gatherings and protests to fight for their right to start their professional careers in France.

Fatma Chouaieb, a recent graduate from Tunisia, is the collective’s spokesperson. “When we realized that the procedures were so delayed and so dysfunctional, we decided to gather and create a forum on Facebook to defend our cause, while helping students in emergencies or precarious situations,” she says.

Six thousand foreign students are potentially affected by the circular, according to the Ministry of Interior. But in reality the policy could mess up the plans of no less than 25,000 university students and 8,000 students from elite academic institutions, according to data compiled by an action group created in parallel to the collective.

The 31 May Collective has already identified 20 foreign graduates who have officially left France to seek a job in their home countries, but that number could be much higher if people have not contacted the collective to inform them of their movements or intentions.

Nancy Sabry, a 23-year-old Egyptian student who has been doing her Masters in human resources management in France for the past two and a half years, also expresses concern and frustration over the companies’ reluctance to hire foreigners since the memo was issued. “We cannot blame them for being deterred from hiring foreign graduates, as they may have to fire them after a few months because of a slow procedure,” she says.

She has had many first job interviews in the past couple of months, and even a second interview with one company. It is then that the hiring process was abruptly interrupted. “I was invited for a second interview, which shows that I have a profile that matches the job description, but this is when they checked my ID and turned down my application,” she explains.

Benseddiq agrees that the companies’ reluctance to hire foreigners since Guéant’s memo is a big issue. “Anyone working in a company for seven months will have had time to work on a project and completely immerse himself in it. Until the situation clarifies, recruiters will hesitate to hire foreign staff, fearing they will have to get rid of them a few months later,” he says.

Chouaieb, the spokesperson of the 31 May Collective, who is aware of the hard economic reality, adds that a lot of people are discouraged because some companies have broken promises of employment they made due to this lengthy process. “Most companies don’t hire foreigners anymore,” she says.

Last week, Higher Education Minister Laurent Wauquiez announced a “relaxation” of the Guéant policy, admitting that the interpretation of the law had gone too far and announcing the re-examination of some cases of students whose applications were rejected.

Chouaieb, who campaigns for the cancellation of the policy altogether, says this declaration is a step in the right direction. “What it means for us is that, finally, the government has realized the gravity of the memo’s consequences,” she says.

The minister also promised that the government would help in sensitive cases and dire situations. However, according to Chouaieb, in saying this, the government is simply trying to minimize the scope of a problem that concerns thousands.

Which is why, in an attempt to attract media attention, both local and foreign, the collective organized a gathering last Thursday in front of the Sorbonne, Paris’ most renowned university. The group advertised the protest on Facebook, and invited graduates to come dressed as if they were on their first day at a new job, “which we cannot do because of our difficulties in obtaining work permits,” concludes Chouaieb.