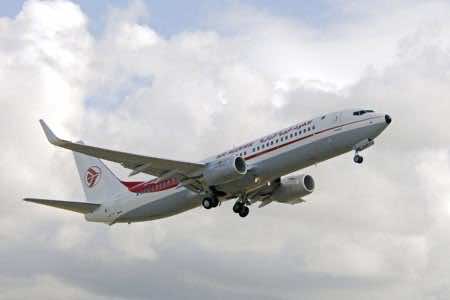 The benefits of flying with the state company Air Algeria have fallen sharply, after flights with destinations to Tunis and Cairo were reduced. To make up for this loss, and under pressure by many Algerian businessmen, heads of Air Algeria have strengthened routes to the major Moroccan metropolis. From the end of October, the Algiers-Casablanca line will upgrade from three flights a week to four. A flight from Algiers was added on Tuesday at 1:35 p.m. The other three are scheduled on Wednesdays, Fridays and Sundays at 9:30 am. This increase in transport capacity between the Maghreb’s two largest cities responds to a huge lobbying effort by many entrepreneurs from the Algerian public company. This is thanks to the contractors, who have been asking for the opening of land borders between Morocco and Algeria for months.