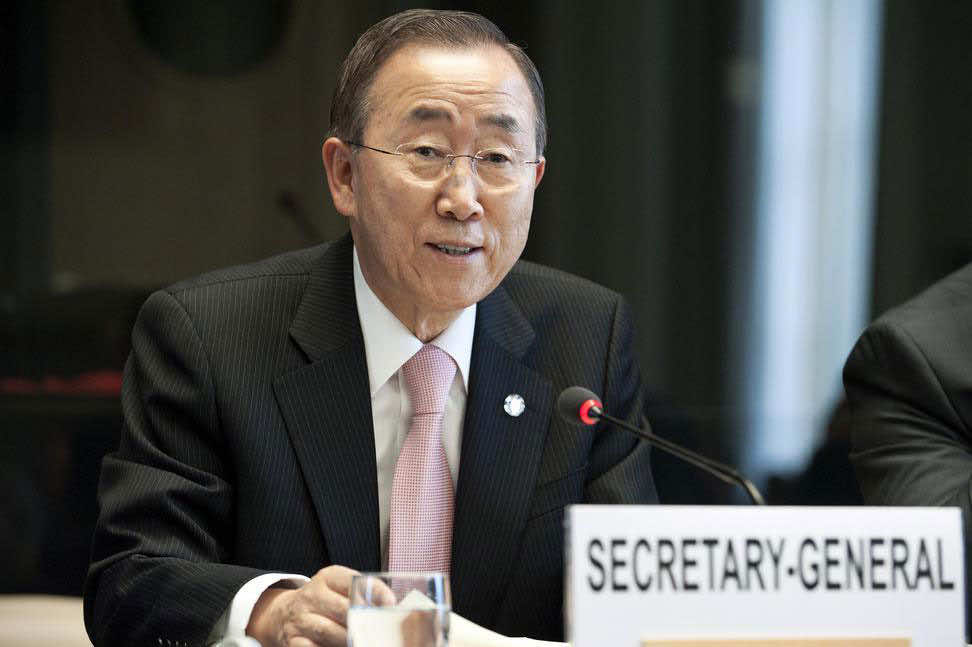 Secretary-General Ban Ki-moon today called on all sides in Libya to lay down their arms and work together peacefully to rebuild the North African nation amid reports that Colonel Muammar al-Qadhafi has been killed.

“Clearly, this day marks an historic transition for Libya,” Mr. Ban said at UN Headquarters in New York, reacting to the reports of the death of the Libyan leader and the end of fighting in Sirte and other cities.

“In the coming days, we will witness scenes of celebration, as well as grief for those who lost so much,” he stated. “Yet let us recognize, immediately, that this is only the end of the beginning. The road ahead for Libya and its people will be difficult and full of challenges.”

Pro-Qadhafi forces and rebels have been engaged in fighting for months after a pro-democracy movement emerged at the start of the year, similar to the popular uprisings witnessed in other parts of the Middle East and North Africa.

Mr. Ban stressed that now is the time for all Libyans to come together, and that they can only realize the promise of the future through national unity and reconciliation.

“Combatants on all sides must lay down their arms in peace,” he said. “This is the time for healing and rebuilding, for generosity of spirit – not for revenge.”

As Libya’s transitional authorities prepare the way for elections and take the many other steps toward building their new nation, “inclusion and pluralism must be the watchwords,” he added.

“The high hopes sustained through the long days of revolution and conflict must translate into opportunities and justice for all,” said the Secretary-General.

The UN began deploying staff last month to its newly established UN Support Mission in Libya (UNSMIL), headed by the Secretary-General’s Special Representative, Ian Martin. The mission, based in the capital, Tripoli, will assist the authorities in restoring public security, plan for elections and ensure transitional justice.

“The new United Nations Mission to Libya is on the ground and ready to assist Libya and its people along the path ahead,” said Mr. Ban, who spoke to Mr. Martin in Tripoli this morning.