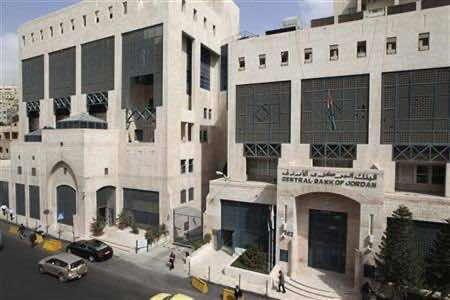 DUBAI–When Jordanian security personnel surrounded the central bank last month to oust the governor after a dispute over policy, the incident showed how the Arab Spring is threatening economic reforms across the region.

The governor, Faris Abdul Hamid Sharaf, was a vocal supporter of fiscal austerity promoted by the International Monetary Fund. Jordan’s government, installed in February as political unrest began to sweep the Arab world, had been spending heavily to buy popular support.

In the showdown between technocratic reforms and political expediency, politics won — a pattern being repeated across much of the Middle East and North Africa as governments sacrifice long-term economic policies to try to ensure short-term stability.

That is a disappointment to businessmen and investors around the region. When the Arab Spring erupted in January with the overthrow of Tunisia’s president, it offered the prospect of an economic management shake-up that could boost growth and create millions of jobs.

Democratic pressures could sever cozy ties between the government and privileged business elites, increasing competition and giving the private sector more room to grow. Reorganizing bureaucracies might cut red tape stifling companies. And more open societies could reduce the corruption that is a daily drag on businesses.

So far, little of that is happening. Reforms to costly and inefficient government subsidy systems have been frozen for fear of public backlashes; Privatization programmes, which could anger workers, have been put on hold. Distracted by the demands of shoring up support, governments have shown little appetite for shaking up their bureaucracies.

Simon Williams, chief economist for the Middle East and North Africa at HSBC, said the Arab Spring had actually reversed reforms in many countries.

“It’s had the opposite effect — it’s encouraged governments to pick up spending, maintain subsidies and put on the back burner economic reforms that were under consideration but which might have a short-term downward impact on living standards.”

Among economic reforms, fiscal reforms are the biggest casualty of the Arab Spring. Countries including Egypt, Tunisia, Morocco and Jordan are seeing budget deficits swell as they spend to placate their populations — even though many subsidy schemes are wasteful, fuel corruption and distort their economies. In Egypt, bread is so cheap that it is sometimes used as animal feed, yet the country is the world’s top wheat importer.

Egypt officially projects a budget deficit of 8.6 percent of gross domestic product for the year to next June 30, versus an estimated 9.5 percent last fiscal year — levels in the same range as Greece. Standard & Poor’s, cutting Egypt’s credit ratings deeper into junk territory on Tuesday and warning of the risk of more cuts, said fiscal policy was the main reason.

With the international community and rich Gulf states pledging tens of billions of dollars in aid for poorer Arab states, governments may avoid fiscal disaster. But their increased demand for financing threatens to crowd out the private sector and suck resources from investment projects.

The International Energy Agency also said this week that global oil supplies might be less than hoped for in the next five years because the Arab Spring was disrupting investment in energy projects, as some governments focused instead on meeting growing demands from their populations.

In the rich states of the Gulf, governments have been able to boost social spending without much strain. But subsidies carry hidden costs in those economies too.

In Saudi Arabia, ultra-low energy prices set by the state have encouraged waste and removed an incentive for companies to upgrade their technology and operations. The government raised electricity tariffs for some sectors last year but there appears to be little prospect of substantial hikes any time soon.

“If they raise the price of electricity, then businesses may pass on the higher price to consumers, and in the current political climate I don’t see them doing that,” said James Reeve, Senior Economist at Samba Financial Group. “In the short term, I don’t see them reducing subsidies.”

Privatization programmes have also suffered. In Tunisia, the

revolt handed unprecedented power to trade unions and left-leaning political groups which oppose privatizations; an initial public offer of shares in state-owned Tunisie Telecom on the Paris and Tunis bourses, which was to have been the country’s highest-profile flotation ever, has been shelved indefinitely.

In Egypt, the process has gone into reverse under pressure from workers’ groups, which say the regime of former president Hosni Mubarak sold off state companies and land too cheaply to business cronies, endangering jobs.

Last month an Egyptian court canceled deals to privatize three industrial companies and ordered them returned to the state. The government has said it is trying to settle disputes over business deals with about 20 foreign and local investors.

Elections looming across North Africa will not necessarily clear the way for economic reforms. This weekend’s polls in Tunisia are likely to give power to a mix of moderate Islamists and left-wing parties. The emphasis in campaigning has been on greater protection for the poor, not economic liberalization. Politicians pushing pro-market policies have been discredited by their ties to ousted president Zine al-Abidine Ben Ali.

Egypt’s parliamentary elections will start in November but will not end until next March, and presidential polls might not be held until the end of 2012 or later. So tough economic policy decisions could be put on hold for a year or more.

In Jordan, the cabinet of ex-general Marouf Bakhit, which ousted central bank governor Sharaf, was sacked this week by King Abdullah. It is not yet clear if new prime minister Awn Khasawneh, an international jurist, will change economic policy.

Nevertheless, there are glimmers of economic reform in the region, some of them directly attributable to the Arab Spring.

Libya is set for a wholesale reshuffle of its business managers because much of the economy was controlled by members of ousted leader Muammar Gaddafi’s family. There are early signs that the new ownership structure will be fairer and more transparent: workers in at least one Libyan oil firm have been able to force out managers they accused of cronyism. The economy is likely to remain focused on oil and gas but under a government with less prickly foreign relations, neglected sectors such as tourism may flourish.

After pro-democracy protests in Morocco, King Mohammed ordered that the long-dormant antitrust authority be given more powers to enforce transparency and good corporate governance in business. The authority’s head told Reuters last month that it would be even-handed in dealing with companies owned by the monarchy, the biggest private stakeholder in the economy.

Florence Eid, chief executive of research and advisory firm Arabia Monitor, said important reforms were taking place “below the radar” — changes which did not involve high-profile policy areas but which would have major consequences for economies.

For example, in addition to announcing this month that women will be given the right to vote and stand in elections, Saudi Arabia has said women no longer need to use a man with power of attorney to start a business. Eid said this could begin to have an impact on the creation of new businesses in a few quarters.

The United Arab Emirates is moving ahead with legal reforms to make it easier to run small and medium-sized companies, as part of an effort to diversify its economy; Abu Dhabi says about 50 percent of its growth now comes from non-oil sources.

Ultimately, more democracy could speed up economic reforms by giving business groups more input into policy-making and making more people feel they have a stake in it — in contrast to the “top-down” liberalization and Privatization programmes imposed by authoritarian governments in the past two decades.

Abraaj Capital’s Abdel-Wadood Said the Arab Spring had already succeeded in “increasing the recognition that the single biggest issue in the region is addressing the needs of a young and growing population — that means jobs, making the economy more efficient, improving wealth distribution.” In the long run, that recognition will lead to reforms, he said.