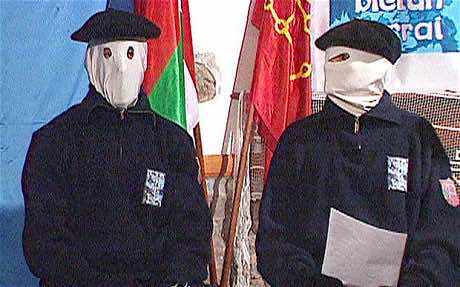 Armed Basque separatist group ETA has declared “the definitive cease of its armed activity” after four decades of bombing and shooting for a homeland independent of Spain.

“ETA has decided the definitive cease of its armed activity,” the group said in a statement issued in Basque, Spanish, French and English on the website of Basque newspaper Gara.

“ETA calls upon the Spanish and French governments to open a process of a direct dialogue with the aim of addressing the resolution of the consequences of the conflict and, thus, to overcome the armed confrontation,” it said.

“Through this historical declaration, ETA shows its clear, solid and definitive commitment.”

“We call upon ETA to make a public declaration of the definitive cessation of all armed action” read the closing statement adding that such a move should be welcomed by authorities and a path of negotiation and reconciliation sought.

The conference, which did not include representatives of Spanish Prime Minister Jose Luis Rodriquez Zapatero’s socialist government or the conservative opposition Popular Party, was dismissed by victims’ associations who said it “trampled on the memory of those killed by the terrorist organisation.”