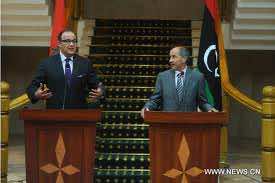 The elimination of Colonel Muammar Gaddafi, after his capture on Thursday in Sirte, ends 42 years of dictatorship and often tense, or even detestable, relations with many neighboring countries and the West.

Morocco, which shares with Libya the belonging to North African and the Mediterranean space, was among the countries that suffered most from the contrasting moods of the Colonel since he seized power in 1969.

Gaddafi has repeatedly acted against the interests of the Kingdom, ignoring the bonds of solidarity between Maghreb and African states. He was obsessed by his dogmatic vision of regional issues, especially about the Sahara conflict.

Gaddafi was one of the most implacable detractors of Morocco, who does not hesitate to be the mentor of the Polisario separatist movement since the recovery by the Kingdom of its Saharan provinces in 1975, by providing financial support to the separatists.

Since the beginning of the popular movement of protest against the despotic regime of Gaddafi, Morocco has showed its sympathy with the legitimate aspirations of the Libyan people for democracy and reform.

The Moroccan government hastened to officially recognize, in August, Libya’s National Transitional Council (NTC) as the legitimate representative of Libyan people. This recognition was announced on the eve of the visit, on August 23 to Benghazi, of Moroccan Foreign Minister Taib Fassi Fihri, carrying a message from HM King Mohammed VI to the Chairman of the NTC Moustafa Abdeljalil.

Thus, Morocco became the first North African state to establish a direct contact, at high level, with the new Libyan authorities, when Gaddafi’s regime was backed into a corner.
During the visit of the Moroccan Minister to Benghazi, Mustapha Abdeljalil had expressed his commitment to give new impetus to relations between Morocco and Libya to serve the interests of both peoples, and his appreciation for the “clear and unequivocal positions” of Morocco as well as its “active role in defending the legitimate aspirations of the Libyan people.”

As part of its efforts to end the crisis in Libya and mitigate the suffering of its people, Morocco has participated in the successive meetings of the International Contact Group on Libya, which, at its Istanbul meeting, recognized the NTC as the legitimate government authority in the Libyan territory.

Morocco, which has set up a military field hospital and sent medical equipment to the camps erected in the Tunisian border as a sign of solidarity with Libyan people, also adhered to the 1973 resolution of the UN Security Council that stipulates the freezing of Libyan assets abroad to stop the funding of the regime’s war machine.