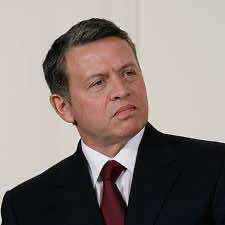 On Monday, the Jordanian Royal Cabinet abruptly announced the dismissal of Prime Minister Maarouf Al Bakhit, in office since 1 February 2011 and its replacement by the Hague-based International Court of Justice judge, Aoun Khassawneh. The appointment of a new prime minister by King Abdullah has put an end to months of tension between the opposition and the Al Bakhit government. The latter ended up upsetting both the Islamist opposition and the notables who constitute the bedrock of the Hashemite regime.

According to a well-informed source in Amman, King Abdullah thought to change the government in the summer, but struggled to find a replacement for Al Bakhit who “fell under the clout of the security apparatus bustling in the royal cabinet” says our source. The new Prime Minister, Aoun Khassawneh, contacted by the King in September, is said to have demanded royal guarantees in order to fulfill his tasks and defuse the crisis in the country. This seasoned Cambridge-graduate lawyer had been at the helm of the royal cabinet from 1996 to 1998 during the reign of late King Hussein.

He has already started to meet all the political parties in Jordan with the aim of forming a government by Saturday. One of the first tasks of Aoun Khassawneh is to ensure a successful outcome, as soon as possible, to the process of constitutional and political reforms initiated by the King. This process is expected to lead to transparent general elections and to live down those of 2007 marred by massive irregularities.

However, according to observers in Amman, the surprise was the appointment in the wake of the Prime Minister, of a new boss for the powerful intelligence services, Major General Faisal Chobaki, Ambassador to Morocco since 2008.

Recalled in emergency, Major General Chobaki, who had fallen into disgrace in 2005, before being sent to the head of the Jordanian diplomatic mission in Rabat, is entrusted with the mission of “normalizing” the intelligence services and “loosening the grip “of the country’s security apparatus. By choosing Chobaki, King Abdullah conveys a message to Jordanians saying that he prefers to follow the model of reforms set in motion by Morocco.

Faisal Chobaki has been closely following the political developments in Morocco. Recently, he wrote detailed notes to King Abdullah on the reform process in Morocco, and the adoption of a new constitution. In Rabat, we know that the General Ambassador made no secret of his interest in the constitutional evolution taking place in the country, and the dynamism of Moroccan civil society.

During four years in Morocco, Major General Chobaki observed the experience of democratization in contrast to what happens in the Middle East where conservative forces are much more pervasive.

According to our sources, one of the first decisions made by the new boss of the Jordanian intelligence services is the liquidation of the cumbersome legacy of his predecessor, General Mohamed Rakkada, suspected of having favored the enrichment of some executives of the services. According to Western diplomats, he will, himself, be returning soon a large palace where he now lives.