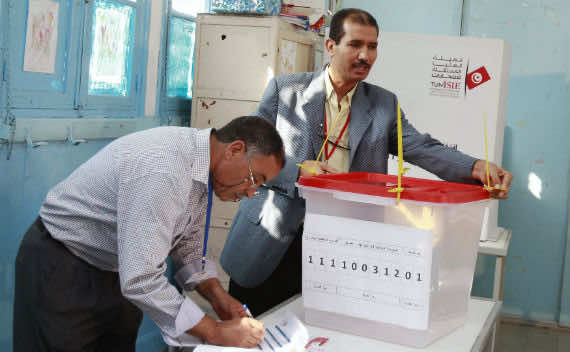 As Tunisians head to the polls this weekend, they are faced with a daunting array of choices. Over one hundred parties, fielding more than 10,000 candidates, are competing for seats in 33 constituencies. Six of those constituencies are not even in Tunisia – they are reserved for Tunisians living abroad. Only the four largest parties are running candidates in all 33 constituencies. Many small parties have nominated only one or two candidates.

The election will employ a closed-list proportional representation system, meaning that people will vote for a party list. In an effort to ensure female representation, parties are required to achieve gender parity on their lists and to alternate male and female candidates. This is important because candidates win in the order they are listed. At first glance, it appears that this system mandates parity between male and female members. However, because of the large number of small parties, many will win only one seat. Unless female candidates are ranked first on the list (and very few are ranked first), they will not be elected. (The International Foundation for Electoral Systems has published a detailed guide to election procedure and the relevant legislation and institutions.)

To get a sense of how this might play out, let’s look at the leading parties (credit to POMED for their Guide to the Tunisian Elections). Al Nahda, the major Islamist party led by Rachid Ghannouchi, is expected to win the largest share of the votes and gain between 20 and 25 percent of the seats in the National Constituent Assembly (NCA). In second place, the Progressive Democratic Party (PDP), which was the largest legal opposition party under Ben Ali, is predicted to win between 10 and 16 percent of seats. Ettakatol, also part of the legal opposition to Ben Ali and slightly to the left of the PDP, is slated to win between 10 and 14 percent of seats. The Congress for the Republic (CPR), banned in 2002, is running on a human rights platform, and is predicted to take between 4 and 8 percent of the vote. If these center-left parties perform toward the upper range of predictions, they could end up with considerably more weight in the NCA than the Islamist Al Nahda party. At the low end of their range they would still be comparable, assuming they could come together in a coalition.

The impact on women’s representation will also be interesting to follow. If the large parties perform well and capture more than 60 percent of the vote (as some predict), women could conceivably gain almost a third of seats in the NCA before including any female winners from smaller parties. This would give Tunisia one of the highest rates of female political representation in the world. Although gender quotas are not a silver bullet for improving women’s rights, they certainly get more women into the political pipeline. Morocco in 2009 implemented a quota reserving 12 percent of local council seats for women; the quota brought 3,300 women into office, the most in any Arab country. Iraq too has employed a quota reserving 25 percent of seats in parliament for women (using a complex algorithm to determine which female candidates will benefit from the quota). Some Iraqis, however, have expressed dissatisfaction with this system because the women are perceived as undeserving.  There is grumbling too in Tunisia about the requirement for gender parity on party lists, but undoubtedly the quota will bring more women into the political sphere. Still, the NCA will be governed by an executive committee, which will presumably exert significant influence, and women’s voices are not guaranteed there.

Tunisia’s elections for the NCA will be but the first step in a long political process that is only just beginning. Despite widespread uncertainty, a new political culture is taking hold, and Tunisians have every reason to feel proud.