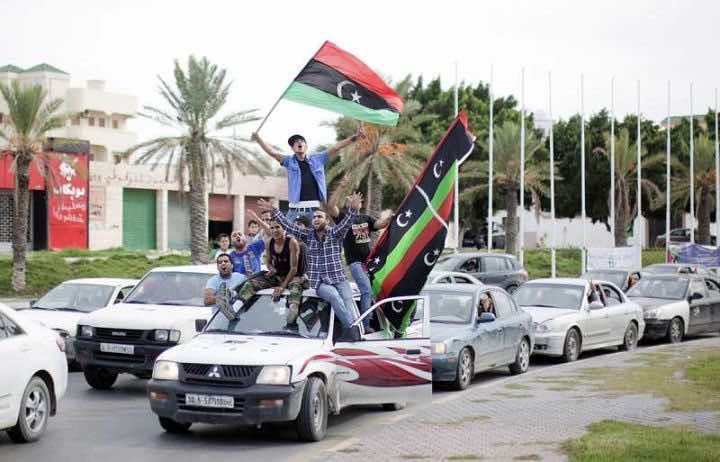 At least two videos of Muammar Qaddafi’s final moments have surfaced on the Internet: In one he is alive and in the other, dead. What happened in between may now become the subject of a United Nations investigation.

One of the videos shows Qaddafi with a gunshot wound to his head following a struggle with fighters. At the start of the video, he is seen with no injuries, wearing desert fatigues and kneeling on the ground surrounded by men holding pistols. He is then shown wounded, blood pouring from the side of his head as he is helped to his feet and escorted to the back of a pickup truck.

During the footage, a voice is heard shouting out in Arabic: “Don’t shoot.”

The manner of Qaddafi’s death may offend tribes that were loyal to him and stoke new tensions in a manner reminiscent of the aftermath of Saddam Hussein’s execution in 2006. Then, a video of the Iraqi dictator’s death showed Hussein, a Sunni Muslim, being taunted by Shiites before his hanging in Baghdad.

Qaddafi is the third autocrat to be toppled and the first to die in this year’s Arab Spring uprisings. Tunisia’s Zine El Abidine Ben Ali fled to Saudi Arabia in January. Egypt’s Hosni Mubarak was toppled a month later and is currently on trial, accused of conspiring to kill protesters who opposed his rule.

While Libya doesn’t have Iraq’s sectarian Muslim rivalries, it does have regional and tribal divisions. The fear of revenge attacks against tribes that remained loyal to Qaddafi was one of the reasons civilians in Bani Walid and Sirte held out so long against the insurgency.

There are four or five different videos of events leading to the death of Qaddafi, Africa’s longest-serving despot, including one where a rebel is seen holding the former dictator’s golden handgun.

“Taken together, these videos are very disturbing, and more details are needed to ascertain whether he was killed in the fighting or after his capture,” Rupert Colville, spokesman for the United Nations High Commissioner for Human Rights, said in a telephone interview from Geneva.

A summary execution of someone who no longer poses a threat is illegal under international law.

Qaddafi went into hiding after forces loyal to Libya’s National Transitional Council stormed the capital, Tripoli, at the end of August. Since then, senior officials have sought to unite the factions that helped overthrow Qaddafi and called for Libyans to refrain from acts of revenge. NTC chairman Mustafa Abdel Jalil threatened to resign if law and order wasn’t respected.

Qaddafi’s 42-year rule was marked by torture, killings, disappearances and scores of other human rights violations. Libya’s justice and police systems were geared to supporting Qaddafi and his family members, so one of the challenges for the new leadership is to create balanced and independent legal structures.

“An important part of the transition from dictatorship to democracy is creating a fair and balanced legal and police system,” Colville said. “People need to see people being investigated, properly prosecuted and jailed if warranted. That process is cathartic and helps establish law and order.”

Coalition planes yesterday noticed a convoy of dozen four- by-four vehicles trying to force their way out of Sirte, French Defense Minister Gerard Longuet said. A French jet fired its cannon ahead of the convoy to block it. NTC forces then closed in on the blocked convoy and Qaddafi was killed in the fighting, Longuet said.

Qaddafi fled from a jeep and dived into a large drain pipe, emerging after a gun battle holding a pistol and a Kalashnikov, a field commander identified as Mohammed al-Laith told Al Jazeera television yesterday. He was then transported to a hospital in Misrata, and his body is in a freezer in the city’s market, Al Jazeera reported today, citing unidentified rebels.

Yesterday, acting Prime Minister Mahmoud Jibril said that Qaddafi was captured alive and unharmed after NTC troops overran his hometown of Sirte. He was caught in crossfire between the NTC forces and loyalists while being loaded onto a truck, Jibril said.

A doctor in Misrata identified only as Dr. Ibrahim who said he examined the former leader’s body told Al Arabiya television today that he is 100 percent sure Qaddafi died from a gunshot wound to the head inflicted after he was captured.

“The more gruesome the videos of Qaddafi, the more questions will be raised,” said Jeff Laurenti, a UN analyst at the Century Foundation, a New York-based research group. “This will add to the discomfort level of those on the Security Council that vacillated before giving the green light.”

The U.S., Britain and France persuaded Russia and China to abstain from the March vote that allowed “all necessary measures” to protect civilians from Qaddafi’s forces.

While the most powerful UN body acted quickly against Qaddafi, critics led by Russia have argued in the ensuing months that the resolution, sold as a way to protect civilians, instead became a pretext for regime change and must not be repeated.