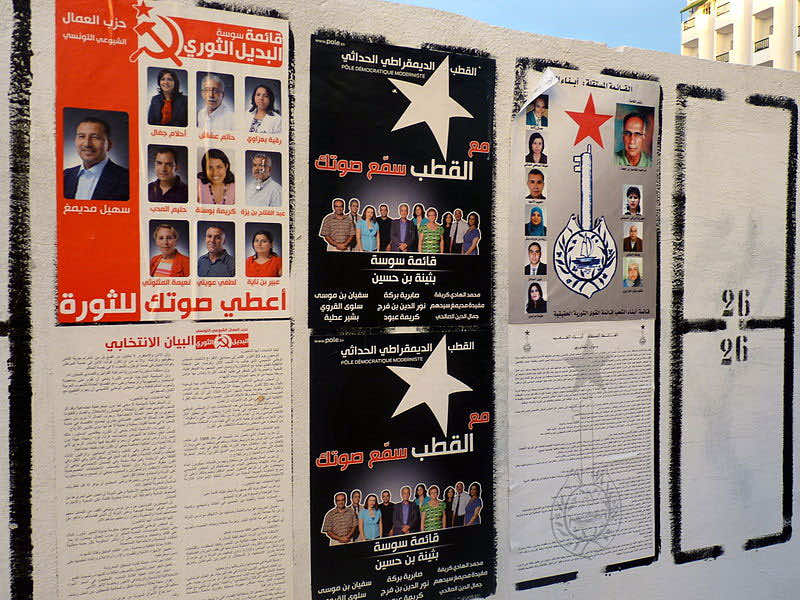 As Tunisians prepare to vote tomorrow in the first elections to be held in the wake of this year’s Arab Spring reform movement, United Nations staff are in place to assist the country to stage the ballots as peacefully and smoothly as possible.A team of up to 15 UN electoral experts has been on the ground in recent months in the North African country to offer advice and support to both Tunisia’s independent electoral authorities as they conduct the polls and to political parties, candidates and civil society groups as they participate in the electoral process – many of them for the first time.

Tomorrow’s election for the 217 members of a constituent assembly, which is tasked with drafting a new constitution, is the first of its kind in any North African or Middle Eastern country that has been swept up by the Arab Spring movement. Thousands of candidates are competing.

It is a pioneering moment, says Mohammed Belhocine, the UN’s Resident Coordinator in Tunisia and the Resident Representative of the UN Development Programme (UNDP), in an interview with the UN News Centre on the eve of the poll.

“We know this is being watched all over the world,” he says, noting that Tunisians were the first people in the Arab Spring to oust their long-standing government regime. “We hear that the Arab world is not suited for democracy? But this can show that a smooth, peaceful transition is the only way to go.”

Dr. Belhocine’s comments are echoed by Secretary-General Ban Ki-moon, who said last night in a statement issued by his spokesperson that he will be following the election with keen interest.

“Tunisia’s example has inspired the region and the world, and these elections are of great importance in the country’s democratic transition, providing the Tunisian people with an historic opportunity to express their will through the ballot box,” the statement said.

“It is encouraging to see the level of enthusiasm and preparedness the people and officials have shown to make the elections a success. This is a Tunisia-led and Tunisian-owned process to which the United Nations has provided technical electoral support at the request of Tunisia’s authorities.”

That technical support has come at virtually every step of the electoral process, explains Dr. Belhocine, from setting up the legal framework for the polls to accrediting observers to determining the procedures for counting and announcing the results.

UN staff have been placed inside key institutions to work alongside their Tunisian counterparts, giving advice and offering expertise and comparative experiences from other countries to help guide them.

“We always emphasize that our support is impartial, neutral. We don’t interfere with the final decision – we just provide them with the knowledge and expertise so they can do the job.”

The official says the initial stages of the electoral process earlier this year were difficult, with several misunderstandings between Tunisian electoral authorities and the UN and other outside groups. But he says the relationship has become much more cooperative as the elections have drawn closer.

Dr. Belhocine is confident that Tunisia can have a successful election, citing the population’s high education levels and respect for public institutions as just two examples of why the country is ready.

“We share the optimism of the authorities that we have a process that can go to its end without too much trouble or problems.”

In the end, however, he stresses that the elections represent only one step in a much longer process to help Tunisia build up the institutions and processes it needs to flourish as a democracy after decades of autocracy. A process of “electoral consultation” lies ahead, with presidential and parliamentary polls scheduled after that.

“Our assistance doesn’t stop after the election. The situation is still fragile, and we will work with whomever wins? to ensure that the administration of elections is carried out with quality.”