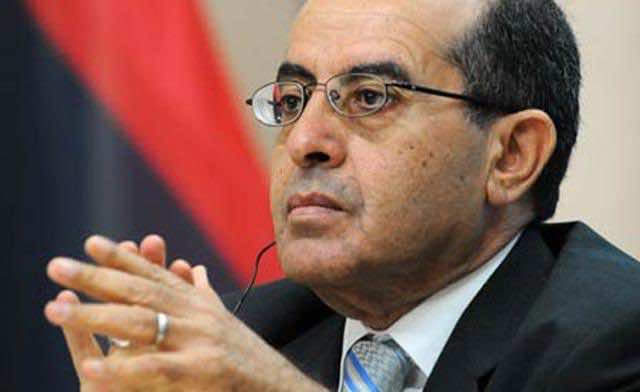 Libyans will go to their first ever polls to elect a national council that will be entrusted with the task of drafting a new constitution and forming an interim government, Jibril said.

The priority now is to remove weapons from the country’s streets and restore stability and order, Jibril said at the World Economic Forum in Jordan.

“The first election should take place within a period of eight months, maximum, to constitute a national congress of Libya, some sort of parliament,” he said.

“This national congress will have two tasks ? draft a constitution, on which we will hold a referendum, and the second to form an interim government to last until the first presidential elections are held,” he said.
Jibril also said that he expected to step down on Saturday, a move he had planned to make once his government took full control of the country.

Asked when he expected to stand down, Jibril told Reuters: “Today, today.”

A military spokesman also said that Libya’s transitional government will declare liberation on Sunday after months of bloodshed that culminated in the death of longtime leader Muammar Qaddafi.

Officials from the governing National Transitional Council had said the announcement would be made Saturday in the eastern city of Benghazi, the revolution’s birthplace.

But spokesman Abdel-Rahman Busin said preparations are under way for a Sunday ceremony. He didn’t give an explanation for the delay. The declaration will allow Libya’s new rulers to move forward with efforts to transform the oil-rich nation into a democracy.

Libyan authorities are facing questions about how Qaddafi was killed after images emerged showing he was found alive and taunted and beaten by his captors.

Analysts have warned that there are undercurrents within the ranks of the National Transitional Council that threaten divisions and that Islamists within are on the rise.

It has been said that allocation of oil and gas revenues, the power of the central and provincial government, and the ability of the Libyan provinces to contract foreign firms for infrastructure and oil projects are among the issues that can spur division within the NTC.

Jibril warned Libya’s next government not to allow politics to influence the award of oil contracts, saying: “I can advise the coming interim government that the economic rule should be the rule. It’s very dangerous to have contracts based on politics.”

Meanwhile, the Libyan ambassador to the United Arab News, Arif Ali al-Nayith, admitted to Al Arabiya TV that there are differences among the council on how the country should be governed.

However, he said that this a “natural phenomenon” and it is “healthy” especially after more than 40 years of suppression of any form of dissent.

He said that the continued suppression of the Libyan people has caused psychological issues, leading them to “express sentiments that might hurt others.”

When asked whether the fighters still had weapons, he said that “these weapons are what librated Libya, and [the fighters] having them should not be looked at in a negative way.”

He said these weapons would soon be regulated and given to the army.

As for his views on federalism, the ambassador rejected the ideology for his country. He said that despite the fact that Libyans were “fed up” with the slain leader Muammar Qaddafi’s “suffocating centralism”, national unity should be kept intact. He gave examples of governments of both Switzerland and Sweden as models that Libya should follow.

In response to suggestions reported in the press that half of the ministerial positions be given to NTC fighters, Nayith said that it is important for these young fighters to be included in ministerial cabinets in the future and be part of government institutions.

He said a rebel does not only constitute an individual who carried a gun.

Islamic Sharia should be the source of legislation but Libyans do not want a religious state and are peace-loving people.

People in Tunisia and Egypt, post revolution have also expressed desires to embrace religion as a source of governance.