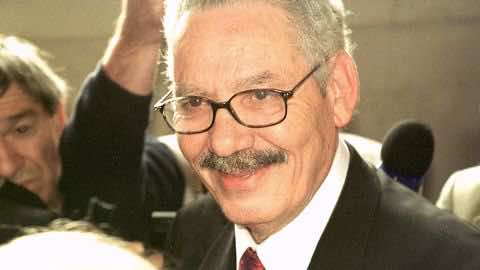 A former Algerian defence minister has been arrested and questioned in Switzerland on suspicion of committing war crimes during Algeria’s civil war, a Swiss human rights group said.

Retired army general Khaled Nezzar, 73, was arrested in Geneva on Thursday morning and questioned by the public prosecutor of the Swiss confederation, Track Impunity Always (TRIAL) said in a statement on its website.

Algeria plunged into a cycle of violence in 1992 after the military-backed authorities cancelled an election Islamists were poised to win. More than 100,000 people have been killed since, mostly civilians.

Nezzar, an influential figure in the North African country’s military establishment in the early 1990s, has been accused by human rights group of inciting torture, committing murder and other acts of inhumane treatment.

No one at the Swiss public prosecutor’s office or the Algerian embassy in Switzerland could immediately be reached for comment by Reuters on Saturday.

The prosecutor’s office opened the investigation following accusations by TRIAL as well as complaints from two victims, SDA reported.

Swiss law allows those accused of violating international humanitarian law to be prosecuted once a suspect is on Swiss territory.