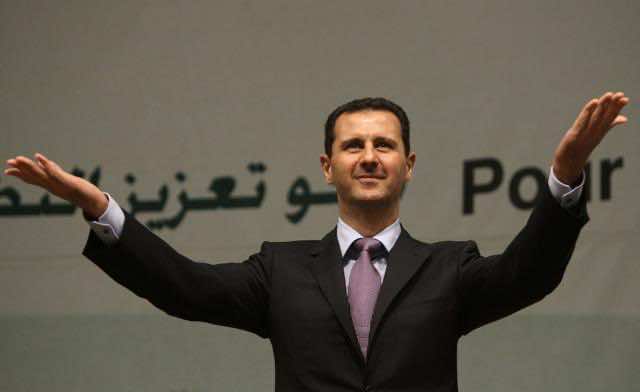 The sation said President Bashar al-Assad named new governors for the northwestern province of Idlib and for the Damascus governorate, both of which have seen massive anti-regime demonstrations over the past seven months.

Assad has sacked several governors since the wave of protests erupted in mid-March, including the Hama governor who was dismissed in July after a record 500,000 protesters rallied there against the regime.

Yasser Salman el-Shufi was named as Idlib’s new governor while Makhluf Makhluf was appointed governor for the Damascus province.

Assad has replaced nearly half of the country’s 14 governors since the uprising began in mid-March.

The regime has responded with a massive crackdown, and the U.N. says more than 3,000 people have died.

Activists meanwhile called for fresh protests on Sunday under the slogan: “It’s your turn” –a reference to Assad — hoping to force him out of power in the way Libyans ended the rule of Muammar Qaddafi.

The Syrian Observatory for Human Rights said a funeral for two civilians shot dead at dawn quickly turned into an anti-regime rally in the flashpoint province of Hama.

Angry mourners in the Hama village of Al-Madiq “demanded the fall of the regime,” the Britain-based group said in a statement received by AFP in Nicosia.

Hama’s history is steeped in blood. An estimated 20,000 people were killed there in 1982 when the army put down an Islamist revolt against the rule of Assad’s late father, Hafez al-Assad.

Meanwhile troops backed by security forces raided on Sunday the villages of Dael and Ibtaa in the southern province of Daraa, cradle of the pro-democracy protests, to end a strike by residents.

“The military forces removed barricades set up by the residents in Dael and Ibraa,” the Observatory said, adding that the strike had been launched four days earlier.

Pro-democracy activists called for more anti-regime demonstrations on Sunday against Assad’s regime, comparing him to Libya’s Qaddafi, who was killed Thursday.

“It’s your turn. We do the same with criminals,” said a message posted on the Facebook page of the Syrian Revolution 2011 under pictures of Assad and Qaddafi.