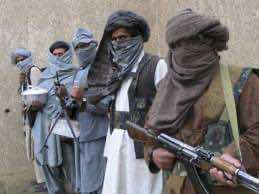 A colleague of one of the Spanish hostages said over Spanish radio that “several gunshots were heard” and two people were wounded during the kidnapping from the Rabuni camp near Tindouf, mainly inhabited by Sahrawi refugees from Western Sahara who seek greater autonomy.

The information ministry of Western Sahara’s Polisario Front independence movement said the Spanish hostage and a Sahrawi guard were wounded.

In the Mauritanian capital Nouakchott, a security source told AFP that Al-Qaeda’s north Africa wing was behind the kidnapping.

They “were taken hostage by elements of AQIM (Al-Qaeda in the Islamic Maghreb) under the authority of Moktar Bel Moktar (alias Belewar, the Algerian leader of an AQIM branch,” the source said, without detailing the circumstances of the kidnapping.

The Polisario Front’s envoy to Algiers told AFP he “directly accused” AQMI of carrying out the kidnapping shortly before midnight on Saturday.

Spanish media identified the Spanish hostages as Ainhoa Fernandez de Rincon and Enric Gonyalons — who was wounded, according to Polisario.

“The kidnappers infiltrated from Malian territory … using an all-terrain vehicle and firearms. The terrorists went back the way they came with the hostages,” Polisario said in a statement.

The Italian foreign ministry identified the Italian as Rossella Urru, who works for the Italian Committee for the Development of Peoples (CISP).

“In cooperation with the Italian Embassy in Algeria, (Rome) has immediately activated all channels useful in arriving at a positive outcome and is in contact with the relatives and with the CISP,” the ministry said in a statement.

Spanish Foreign Minister Trinidad Jimenez said his government was working with regional counterparts “with great caution (so that) the aid workers are freed as soon as possible.”