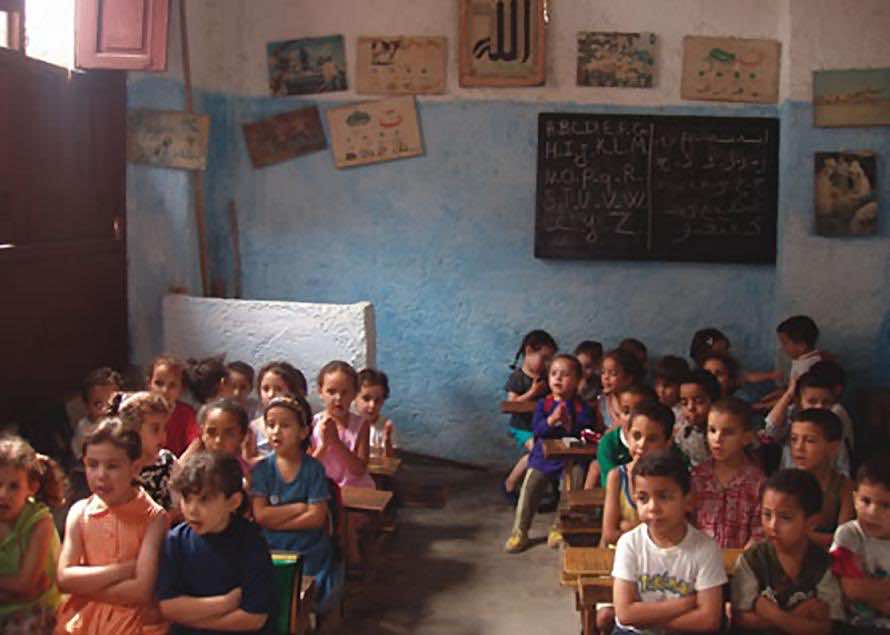 Across the Arab world – from the wealthiest oil economies to the resource-poor countries of North Africa and the Levant – education remains a key obstacle to making the region’s economies economically competitive, a report by the World Economic Forum (WEF) has found.

The WEF’s Arab World Competitiveness Report for 2011-2012 found that in virtually every country in the Middle East and North Africa (MENA), educational institutions have failed to prepare citizens for jobs in modern, technology-oriented economies. The only MENA countries that scored high both in terms of quality of education and enrollment rates are Tunisia and Lebanon.
The report was released over the weekend as many of the region’s leaders gathered in Jordan for a WEF conference on generating badly needed employment as the Arab Spring continues to shake the region. It warned that the political and social grievances that have been exposed by the uprising need to be addressed by creating jobs and boosting the standard of living.

“We have to re-engineer the expectations of our children, instill in them the belief that there are no limits to their aspirations,” Jordan’s Queen Rania told the conference on Sunday. “That will take a quality education. It will take inspiring teachers and modern curricula that teach them the skills of an entrepreneur – critical thinking, team work, problem solving, initiative, communications and leadership.”

While the Arab Spring turmoil has focused on democratization and other political change, the MENA region faces equally daunting economic challenges. Already grappling with a double-digit jobless rate, the region will have to add 25 million new jobs over the next decade just to keep unemployment from climbing higher. Economists maintain that the only way those jobs will be created is by private businesses that can compete in global markets.

The shortcomings of the region’s educational systems were one of the few common denominators in a region otherwise sharply divided in economic competitiveness between wealthy countries with the financial resources to invest in infrastructure and the rest.

The Gulf countries, even those with few mineral resources like Bahrain and Oman, all scored among the world’s top-40 most competitive economies. The rest ranked much lower, with Morocco ranking 73 out of the 142 countries, Lebanon 89, Egypt 94 and Syria 98.

“The region is very heterogeneous and therefore we cannot draw equal conclusions for all countries,” Benat Bilbao, economist and associate director of the WEF’s Center for Global Competitiveness and Performance, told The Media Line.

“On the one hand, the Gulf countries are improving their competitiveness year after year thanks to investments in infrastructure; developing and maintaining stable economic frameworks,” he said. “On the other hand, you have the North African and Levantine countries, which are displaying some more important competitive challenges, the most important one being access to finance.”

The report also cited corruption, a lack of transparency and trade barriers that distort markets, hinder competition and lower efficiency. “There is a low uptake of technology and innovation,” Bilbao added.

The economic divide in the Arab world was highlighted in the new economic outlook issued by the Washington-based Institute for International Finance. It said Arab oil exporters will see their economies grow 6.5% this year and 4% in 20012, while the MENA region’s non-oil economies will shrink 0.4% and post anemic growth of 2.3% in 20012.

In poorer countries, such as Egypt, Morocco and Syria, the WEF report cited low enrollment rates as a mismatch between the skills taught by schools and institutes of higher educations and the needs of employers. But even the Gulf oil economies have failed to use their wealth to upgrade education to the standards of equally wealthy economies, the report said.

The mismatch has been cited by others, such as a World Bank survey, which found that employers regard the lack of appropriate skills among job applicants to be a “major constraint” to hiring. That problem manifests itself in high unemployment rates even for sectors of the MENA region population that have the best formal education.

The Arab Competitiveness report noted that a “striking feature” of MENA economies was the high rate of joblessness among people with a university education — 43% in Saudi Arabia, 24% in the Palestinian Authority and 22% in Morocco. Women, who have made major advances in education, show higher rates of unemployment across the region than men, except in the Palestinian Authority.

Soraya Salti, a Jordanian social entrepreneur, urged industry-specific courses be introduced and said the private sector must make clear what skills they need and invest in organizations that train young people. “This generation of Arab youth is so inspired and so capable. They’ve done the impossible politically; we need to empower them to do the impossible economically,” she told the WEF conference on Sunday.

While Bilbao said the upheavals of the Arab Spring may lead to the kind of reforms needed in the MENA region to improve competitiveness, for now the effect has been largely negative. In Tunisia and Egypt, where unrest peaked in mid-January and mid-February, their competitiveness ranking dropped considerably – by thirteen places for Egypt and eight for Tunisia.

“The economic crisis and the social movements we have experienced in the Arab Spring have revealed weaknesses in institutional frameworks. There is a lower confidence in the political leadership and government that they can resolve the problem,” Bilbao said. Nevertheless, he expressed some confidence that democratic reforms would increase the accountability of the region’s leaders to their people. “It’s a very good opportunity for change. The question is how the opportunity is going to be seized.”