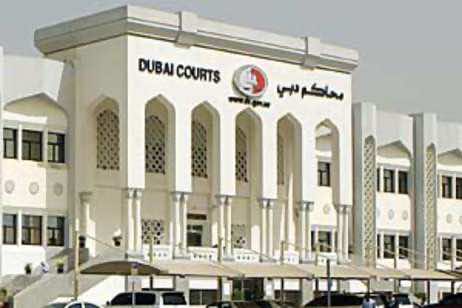 DUBAI — A 51-year-old Palestinian businessman faced a human trafficking charge on Sunday in the Court of First Instance as he is accused of luring a woman to come to the UAE and forcing her into prostitution.

The alleged victim, a 21-year-old Moroccan woman, said during the investigation that she had she was offered a cleaner job for a Dh5,000 salary in the UAE after she gave two signed cheques worth Dh5,000 to a compatriot woman in her country.

She arrived with that woman, who is wanted in connection with the case, at the Dubai International Airport on May 11. The defendant received them and took them to an apartment in Al Mankhoul Street in Raffa.

She underwent the medical tests one week later and went to Abu Dhabi to sign the employment contract. When she came back to the apartment, a man, who also is wanted in the case, told her that she would work in flesh trade. While she objected it, he threatened to send her back to Morocco, but held her up in the flat.

She contacted her mother in Morocco who provided her with the mobile number of a woman acquaintance in Sharjah.

The following day when the complainant was left alone in the flat, she took a cab and headed towards her acquaintance’s house in Sharjah.

They filed a complaint with the Sharjah Police on June 9 and were referred to the Abu Dhabi Police.

The wanted suspects then tried to make her change her mind by threatening to use the cheques she had signed earlier against her. And they said they would send her in a box back to her country.

The woman employer, owner of the cleaning company, confirmed that the alleged victim had signed the employment contract with her in May.

Photo by: The National