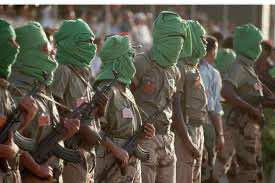 Since the fall of the regime of Muammar Gaddafi, Niamey and Bamako are on alert. Tuareg fighters who fought in the ranks of the brigades of the former master of Tripoli are now back within the borders of Niger and Mali. According to observers on the ground, they have an impressive amount of weapons in addition to undeniable expertise.

Tuareg leaders, passing through Algiers, have even told their Algerian interlocutors that the Tuareg fighters have so many weapons that they can bring down the governments of Mali and Niger in a few weeks.

The pressing question today that observers ask both in Paris and Algiers is when the Touareg will take up arms? If things seem quiet now, it only takes the money received from Muammar Gaddafi to start running- which is poised to happened according to some observers- to see the first shots ring out.

Western intelligence services have already located the Tuareg who work as trackers for AQIM. “Until now the fighters are very disciplined and not involved in terrorist activities, but this may not last, especially as the only one who was defending the cause of the Tuareg –Gaddafi- is no longer there,” notes the head of blue men.