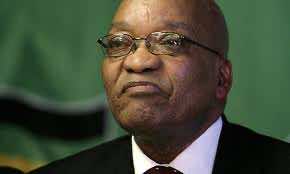 South Africa is being increasingly criticized by the French-speaking African countries. After his crushing defeat on the Ivorian case, the French speaking community has heavily criticized the South African president for nominating his former wife Nkosazana Dlamini-Zuma to the presidency of the African Union.

Jean Ping from Gabon who still hoped to run for a successive second term, considers it a very unfriendly gesture. Determined to fight, he talked about the situation to Ali Bongo Ondimba, who himself informed South African diplomacy of his annoyance. “Zuma should wait for his turn to introduce his candidate. South Africans behave like new colonizers. They look at us from above,” said a Senegalese politician who has had trouble with them on several issues.

In addition and as far as the chair of the African Union is concerned, Nkosazana Dlamini-Zuma’s candidacy is seen as a very bad move, especially because of her irascible character. Several English-speaking countries have also indicated that they would not automatically follow the voting instructions of their bulky southern neighbor.

Translated from French by Louise Riondel.