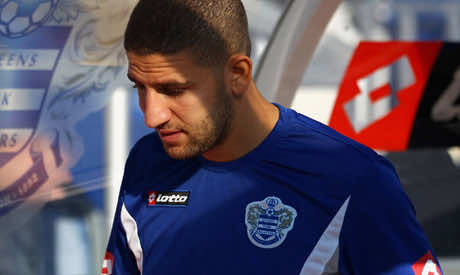 The maverick Morocco international was targeted by the Ligue 1 club over the summer only for the proposed move to break down. Taarabt claims that the concerns of PSG sporting director Leonardo over his temperament led to the planned switch falling through and fears the same issue could arise in the winter window. The 22-year-old feels he is still wanted by the French outfit’s wealthy owners, the Qatar Investment Authority, but accepts the former AC Milan and Inter Milan boss may have the final say.

Taarabt told Canal+: “He (Leonardo) called Flavio Briatore, but the first thing he said was: ‘OK, but there is Adel’s temper…’ “Flavio just replied: ‘It is up to you to know how to manage it. We could manage it last season he helped us back into the Premier League.’ “That is just an excuse from Leonardo not to sign me because he had other priorities. He preferred (Jeremy) Menez, (Javier) Pastore and even wanted Ganso. “The Qatar officials told me ‘Do another great six months and in January we will be back’. “However, I am under no illusions. I know I am not Leonardo’s priority.”

Taarabt admits his head has been turned by the possibility of leaving Loftus Road for the French capital, but hinted that some parts of the fixture list were less than enthralling. “Paris makes me dream, but there are only four big matches to play against Marseille, Lyon, Lille and maybe Rennes,” he added. “Without being disrespectful, playing at Evian or Dijon would not be very exciting.”