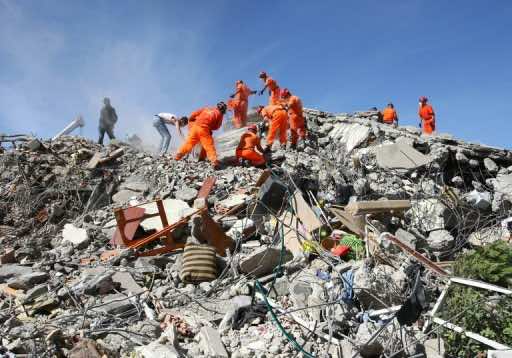 The 7.2-magnitude earthquake that struck Van province in eastern Turkey on Sunday, causing hundreds of fatalities, underscores the country’s fate to be straddling one of the world’s most active seismic zones.

Turkey is squeezed between two tectonic plates — Eurasia to the north and Africa/Arabia to the south — that are grinding into each other, according France’s Paris Institute of the Physics of the Globe (IPGP).

Sunday’s quake occurred on the East Anatolian Fault where an arrow-shaped plate, comprising the Arabian peninsula, part of southeastern Turkey and Iraq, is forcing its way under the Eurasian plate at an average speed of 2.4 centimetres (one inch) per year.

This same fault was to blame for the Spitak quake in Armenia in 1988, when more than 20,000 people were killed by a 6.9-magnitude event.

In 1976, several villages on the Turkish-Iranian border were wiped out by a 7.3-magnitude quake that occurred around 70 kilometres (44 miles) from Sunday’s quake.