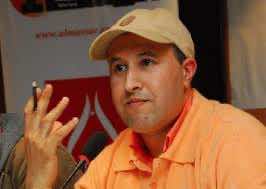 A Moroccan appeal court on Monday upheld a newspaper editor’s one-year jail sentence for criticising the security service’s counter-terrorism campaign and what he said were unfair trials of Islamists.

Rachid Nini, who partly owns the Almassae newspaper, was sentenced in June on criminal charges that include “discrediting a court, trying to influence the judiciary and publishing information about untrue criminal offences”.

Since his arrest on April 28, the court has repeatedly denied him bail.

Nini, 40, has become a household name in a country where newspaper sales are among the lowest in the region by writing about alleged widespread corruption in government circles.

The defence has criticised Nini’s being tried on criminal charges rather than under the country’s media law.

“This precedent opens the way to many abuses and to the withdrawal of the press law as an effective legal tool. We urge the Moroccan courts to reverse this decision,” Reporters Without Borders said after the June ruling.

The New York-based Committee to Protect Journalists has said the ruling was a “politicized verdict … (and) the latest instance of the Moroccan government settling scores with critical journalists through a judiciary that is subservient to the executive branch”.

“Nini is yet another example of how the Moroccan judiciary is utilised to curb press freedom,” CPJ has said.

Amnesty International is appealing for Nini’s release and has said that it “believes he is being targeted for his peaceful criticism of the Moroccan authorities, and considers him a prisoner of conscience”