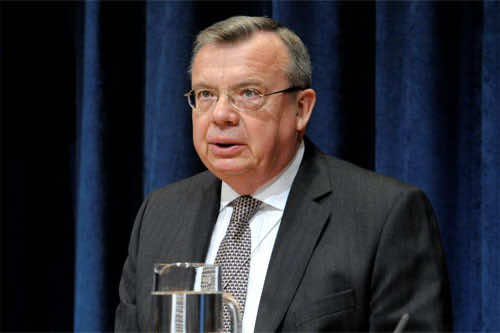 Corruption is a serious impediment to reducing poverty and achieving development goals, the head of the United Nations agency anti-crime agency said today, adding that this year’s uprisings in the Arab world highlighted the anger within societies at this scourge.Yury Fedotov, the Executive Director of the UN Office on Drugs and Crime (UNODC), said the Arab Spring was “an emphatic rejection of corruption and a cry for integrity,” as he addressed the opening of the fourth session of the Conference of the States parties to the UN Convention against Corruption, in Marrakech, Morocco.“At the movement’s center was a deep-seated anger at the poverty and injustice suffered by entire societies due to systemic corruption,” he added.The meeting, which runs until Friday, brings together more than 1,000 delegates from 129 countries to review the implementation of the convention and to discuss ways to better tackle corruption around the world, including how to prevent it, its impact on development and how to recover illicit assets.Corruption is a phenomenon found in all countries, according to UNODC. However, evidence shows it harms poor people more than others, stifles economic growth and diverts desperately needed funds from education, health care and other public services. The World Bank says an estimated $1 trillion gets siphoned off through bribes every year.

He stressed that everyone has a role to play in preventing corruption, a global threat and serious roadblock to economic development.

“All of us must contribute to a culture of integrity. The eyes previously closed to corruption must become the open eyes of justice and equality.”

The convention, which came into force in 2005, is the only legally binding universal anti-corruption instrument. It obliges States to prevent and criminalize corruption, to promote international cooperation, to recover stolen assets and to improve technical assistance and information exchange in both the private and the public sectors.

A study released today by the Initiative shows how most large-scale corruption cases involve the use of legal entities to conceal ownership and control of proceeds of corruption. It also calls on policymakers to take steps to improve transparency to reduce opportunities for wrongdoing.

Mr. Fedotov said that the StAR Initiative is sending out a very clear message: “There can be no safe havens for stolen assets.”